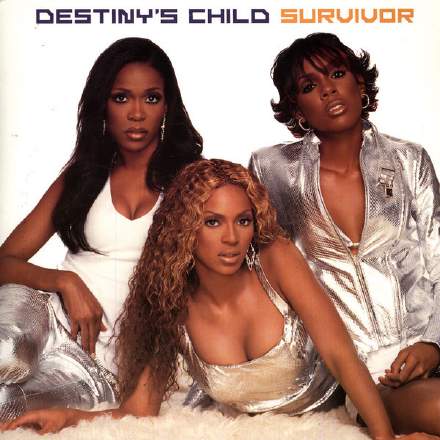 A classic R&B production of the early 2000s, this song’s generally hyper-slick production values are cannily set in dramatic relief by contrast with the intro’s cheesy S&S synth timbres. Incidentally, the version on the band’s greatest hits compilation (named #1’s, presumably in honour of grocers everywhere) halves the length of this intro — that’s the kind of thing I’d expect of a radio edit, yet I couldn’t find any evidence that the original single release did this. Proof, if any were needed, that attention spans are… sorry, what were we talking about again?

Speaking of radio, I recall this song’s playlist dominance at the time, but despite it bludgeoning us all into submission back then I was surprised on revisiting the track by how much of the programming detail I’d forgotten, and particularly the various one-shot samples that add textural depth behind the programmed beat. (You can hear those elements best during the beatless mid-section at 2:00-2:12 — the timpani hits at 2:07 are a personal highlight.) Time had also mercifully dulled my memory of the relentlessness of that high percussion, an archetypal R&B combo of hi-hat and triangle that combines with the sibilants of the word ‘survivor’ to gently sandpaper the eardrums. (Given this mildly fatiguing listening experience, though, I was tickled to hear the enormous lisp on “I’m tho much better” right at the start of verse one!)

Another thing I’d forgotten about this production is the bass part’s star turn during the choruses, a tremendously athletic line that serves as a countermelodic foil to Beyoncé’s increasingly frenzied soprano ad libs. I’d even argue that, in a sense, it foreshadows the improvisatory ping-pong noodle-off between the vocalists at 2:47.

Of course, the vocal arrangement remains iconic in its own right, and you can appreciate it even more if you check out the a cappella mix that was made available on vinyl at one point. What struck me especially was how those moody low alto BVs in the verses had been edited to leave in the breaths — something that most producers would probably trim away as a matter of course. In this mix, they seem to have been turned up if anything, so that their rhythmic urgency forms an intrinsic part of the verse’s programmed groove.