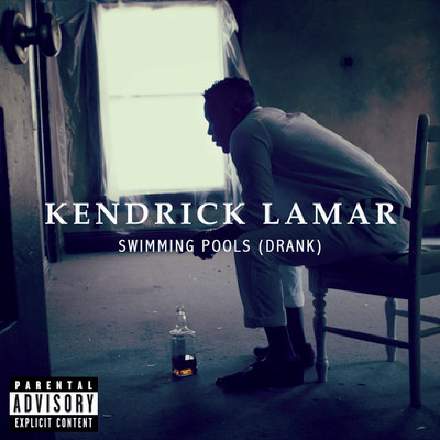 Every inch classic Dr Dre, this production loses little ground against the tracks from Dre’s 2001 that have been a cornerstone of my own reference CD for more than a decade. His trademark combination of clarity and depth is well demonstrated here, the massive top-octave density of the vocals and snare (surely not possible to achieve without some kind of psychoacoustic enhancement?) contrasting with the smoothness and warmth of the backing synths, snare reverb splashes and orchestral hits. The kick and bass, as usual, combine effortlessly, with the former thudding away around 65Hz while the latter provides a firm sub-50Hz foundation, scrupulous mono-compatibility below 100Hz (despite significant detune-based widening further up the spectrum), and respectable small-speaker transmission into the bargain. You’ve got to love some of Dre’s ‘sprinkles’ too, such as the skittering hi-hat rolls, that synth gliss that announces the choruses and the whistling synth that takes over from there and seems to add a whole new dimension to the acoustic space.

As if that were not enough reason to give this track a listen, it also nicely illustrates the technicalities of dynamic panning at mixdown. If you listen to the vocal at 1:32-1:40 over stereo speakers, you’ll hear the vocal smoothly travelling back and forth from left to right across the panorama at a pretty uniform level — in general the vocal balances in this track are absolutely locked down, presumably via fastidious level automation. Listen in mono, however, and the relative level of any words uttered from the stereo extremes takes a dip, most noticeably on “you will be history” and “to victory Kendrick”. This is an inevitable by-product of the way the stereo illusion works, so if you’re doing dynamic panning moves like this, you have to decide whether you want the balance to work in mono or in stereo, and then monitor accordingly while you’re setting up the dynamic panning effect and any subsequent fader-automation adjustments it might warrant in response.

In this specific instance, the mono balance change isn’t particularly damaging, especially as the dynamic panning is only present for a relatively short period. However, if you are bothered by something like this at mixdown, then you can mitigate it by trading off a little of your balance stability in stereo. If you allow the vocal to be a fraction underbalanced when at the centre of the stereo image, you’ll reduce the centre-vs-edge balance changes in mono. Alternatively, you could also just reduce the panning width to 80 percent or so, because that’ll typically give about a decibel less centre-vs-edge level change in mono, despite subjectively very similar stereo width.

That moment of dynamic panning is also well worth listening to on headphones as well, to hear the way they respond. Notice how the motion suddenly speeds up towards the edges of the ‘in the head’ stereo panorama, so that it doesn’t have the same evenness it has on speakers. It’s somehow a bit too frenetic for the mood, to my ears. Reducing this effect would have been another good argument for narrowing the panning in stereo a little, I think.