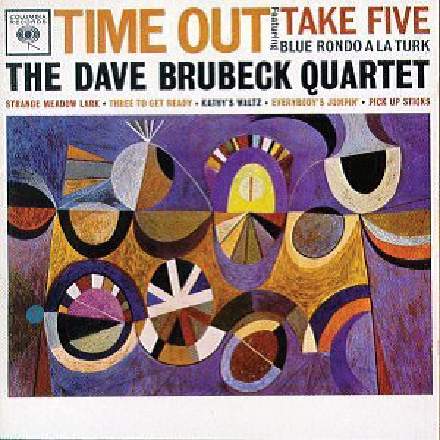 One of the most instantly recognisable jazz recordings, and the first single in its genre to sell a million copies, this record is also very educational from an engineering perspective, not least because there are some great session photos which show pretty much everything you’d want to know about the mic setup used on the Columbia Studios tracking dates. John Bolger’s Dave Brubeck Jazz site, for instance, has a tremendous picture showing each instrument’s single spot mic in situ. The position of the drums mic — around chest height, a few feet in front of the kit — makes a lot of sense, given the rather ride–heavy balance and spiky stick definition on the recording, while the mellowness of the piano’s tone was doubtless aided by keeping its mic just outside the edge of the open lid about three feet from the strings. The closer mic positions for the saxophone and bass are also reflected in their greater degree of mechanical noise — though this is of an aesthetically pleasing variety to my mind, emphasising the breathiness of the sax and the upright bass’s plucking transients and string character.

Another thing to take from the session pictures is that there seem to be no gobos separating the players, so spill would inevitably have formed an integral part of the ensemble sound. For anyone interested in this style of one–room recording, what’s great about this mix is that the drums and piano mics seem to have been hard–panned to opposite sides, so you can hear what the balance sounded like without each of their direct signals by simply listening to the left and right channels separately. In both cases, I’d suggest that it’s the spill on the opposite channel that’s largely responsible for blending this production together, and you’ll also notice that the right channel’s ride–spill level is much stronger than that of the snare spill, another factor in that instrument’s comparative prominence.

By the same token, you can also get an idea of the spill levels of the bass and sax on the drum/piano mics by listening to the stereo Sides signal, given that those two instruments are both fairly central, whereupon you discover that the sax’s upfront sound is as much to do with the absence of spill on the other mics as it is to do with its comparatively close spot–mic placement. Of course, player Paul Desmond’s quiet delivery is also an important factor in this (as well as being crucial to the intimate, smokey timbre), because it would have caused the instrument to project less level out into the room. The sax mic is naturally also picking up spill itself, primarily from the piano and drums, and there’s a great opportunity to hear the impact of this on the mix a bar and half after the sax’s last note (1:50), where I’m pretty sure this mic is suddenly muted, presumably to avoid its spill overly distancing the louder snare and tom hits during the extended drum solo. (I suspect that this mix change may have been effected by a slanted–splice tape edit between two mix versions, rather than by physically adjusting a mixer control, because the mix seems to change in the subtle ‘left–to–right swipe’ kind of way I’d associate with that.)

A final intriguing aspect of this production is that, while the musicians are panned for stereo, the added chamber reverb is resolutely mono. While this is rather a pleasant effect where the sax is in the ascendant, I find it gets a bit distracting once the drum solo’s underway, almost as if the drums and piano are teetering on either side of a small mineshaft!