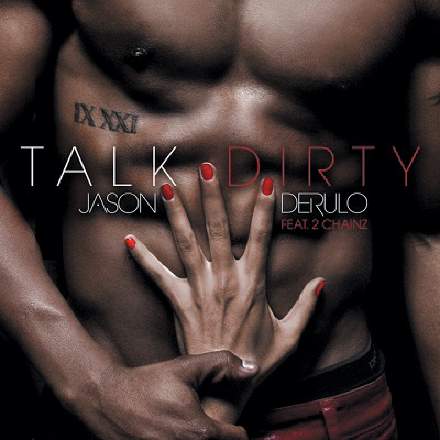 What I really love about this song is the way it turns a couple of mix clichés on their heads. There are two things that most chart tunes do when they hit the chorus: first, they increase the density of the arrangement in some way, whether by introducing massed guitar overdubs, backing vocals, trance pads, or whatever; and second, they generally bring the delay and reverb levels up a bit in the mix to make everything seem bigger and more powerful. Here, however, the pre-chorus (first heard at 0:31) is quite dense, especially in the high-frequency region, with multitracked backing vocals and brass layers, stuttering claps, and plenty of splashy reverb, but all that is kicked out for the chorus (0:40), where the clutter suddenly clears out and everything suddenly gets much drier and more up-front. This is dynamite from a pop perspective, because a simpler arrangement will always appear louder over the dynamics-restricted playback formats of the mass market, and it also means that the sax and vocal hooks are much more audible (and therefore hookier) than they might otherwise be.

The danger with this approach is that a stripped-back chorus can feel like a let-down if you’re not careful, but I think this is avoided very successfully here. The main trick the producers have pulled is dropping the bass out of the mix for the pre-chorus — not only the one-note bass line, but also the low end of the kick drum (by virtue of choosing a different sample, I imagine). The “oo-ooh” backing-vocal line has a crucial role to play too, maintaining a maximum-width stereo panorama, contributing an airy gloss to the top octave of the frequency spectrum, and giving the section as a whole a full/warm-sounding character despite the decimated arrangement line-up.

The change in rhythmic groove is relevant as well, I think. By omitting the strong kick beats from the pre-choruses and using so many eighth and 16th notes in the clap part, the groove at that point gets a bit stuck in the mud. When the chorus hits, however, the rhythm suddenly skips along, almost as though there’s a slight tempo increase, which there isn’t in reality — I checked! Incidentally, another good recent example of this can be heard in Eminem’s 'The Monster', where the increasingly frenetic rhythmic mutes at the ends of each verse give way to the more straight-ahead groove of guest vocalist Rihanna’s choruses.