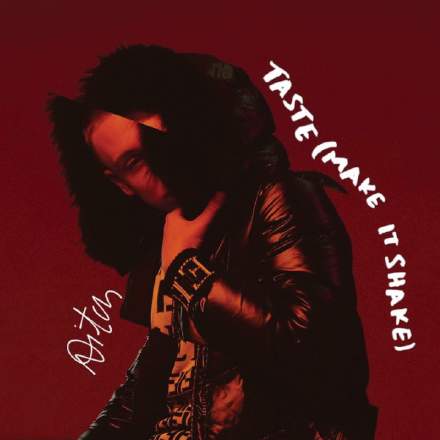 Not unreasonably, I usually look to the rapper to sustain my attention in any hip-hop production, but as the uninspiring monotone of Aitch’s delivery did nothing for me it was something of a saving grace that the backing is so evocative and richly textured! If you’re not focusing on it, you’d be forgiven for leaving with the impression that it’s pretty simple — a sampled vocal riff, a sub-heavy bass, a kick, a clap and some skittery percussion. But that bass creates a strong tritone flavour against the vocal riff much of the time, which is already quite a bold move, and on closer inspection, the arrangement is constantly shifting and evolving, maintaining a sense of repetition while actually varying continually.

For example, there are effectively eight hook sections (four doubles) in the track, and even though they’re all clearly identifiable as hooks, none are simple copy/paste jobs. Comparing them reveals numerous subtle textural shadings: the high piano at 1:14; the stereo shaker at 0:15; the filtering at 1:20; the double-time claps at 2:07. In addition, each hook has its own unique selection of one-shots and arrangement stunts, such as the liberal vocal exclamations (eg. the three at 2:04-2:07), ping-pong reverse cymbal SFX at 3:00, the downbeat zap at 1:03, or the downbeat drop at 2:12.

But there’s more. Focus on any of the ‘backbone’ parts, and it quickly becomes apparent that they’re constantly mutating too. None of the eight hook sections share the same bass part, with myriad variations of placement, duration and release time just for its low ‘F’ alone, as well as lovely little details like the fleeting portamento at 1:17 and the triplet-16th articulations at 3:10. The vocal hook also wards off any real repetition until quite late in the song, frequently truncating its start or end to varying degrees to allow those layered flute details to bubble up, and offering up plenty of ear-candy such as the filtering at 1:00 and 2:22, the echo spin at 1:34, the quarter-note ‘one-drop’ offsets at 1:43 and 1:53, and the pitch-drop at 1:57 — the last like a kind of response to the piano’s similar registral shift at 1:43-1:52.

All of which adds up to that rare thing: an electronic arrangement that’s instantly accessible, but which has such a richly organic patina that you can run it on repeat for ages without running out of enticing new facets to admire. If only there were a karaoke version…