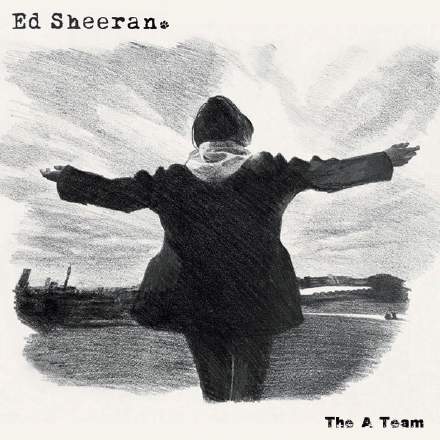 It’s always a pleasure to hear acoustic music climbing the charts, if only as respite from the endstop-bashing hyperactivity of most of the more electronic productions. However, there’s a lot to recommend this production in its own right, too. The arrangement is built up in an assured but tastefully understated manner, and I love the main acoustic guitar part that it hinges around. For a start, the performance steers clear of adding to the already teetering EU Unimaginitive Strumming Mountain, going instead for something that’s as much rhythmic as it is harmonic — while there’s just enough ‘note’ in there to give a sense of the chords, there’s so little upper-spectrum pitch information that every detail of the vocal performance can speak across it effortlessly. It all makes perfect sense, but how many of you have ever put a guitar into your track sounding like that? Furthermore, it’s great the way the performance subtly adds musical stresses to underline certain vocal syllables — “pay” at 0:27 for example.

The vocals are, of course, also of central importance, and a couple of things in particular struck me about them. The first is how the breaths form such a large part of the performance, not only supporting the impression of a ‘one-take’ performance, but also subtly reinforcing the rhythm. If you listen carefully you can hear how he’s placing his breathing quite carefully with relation to the rhythm, which is very canny given where it sits in the balance — a lot louder than the guitar or shaker a lot of the time, in fact!

This vocal also provides a good example of a vocal with mono effects. Whether these are delay or reverb is tricky to tell (not least because I suspect their levels are being automated to keep them out of plain view), but you can definitely hear a shadow of a tail in the song’s more exposed sections. The idea of using mono reverb in particular is often disregarded by many mix engineers, but this song nicely demonstrates how this approach can deliver a tightly focused and guileless sound without sacrificing blend.

One thing does bug me, though, from a musical perspective, much as it did with James Blunt’s chart-throttling ‘You’re Beautiful’ a few years back: the lead vocal line keeps dropping the ball. What I mean by this is that although the song’s underlying harmonies frequently try to move the vocal somewhere more adventurous, it often seems to chicken out and scurry back in a rather unsatisfying way to the comfort of the home chord of A major — in other words, it keeps ‘dropping the ball’ before it can take it anywhere useful. The worst occasion for me is at the lyric “things in life come free to us”, first heard at 0:54, where the harmony hits the key’s dominant chord of E major, only to be undermined by the singer’s incongruous C#-B-A line. By so clearly anticipating the tonic chord of A major, this vocal line robs the start of the next song section of a lot of its sense of arrival, based as this is on the resolution of the dominant chord into the tonic across the bar line. Now I’m sure that some people (not least the punters queuing up to buy the record) will argue that it’s all part of the appeal, essential to depicting the fragile and faltering nature of the song’s unnamed muse. But we’ll just have to agree to differ.

Apparently producer Jake Gosling was also responsible for the piano, strings, and programming. Despite his obvious talents, though, it appears that Guy Massey and Ruadhri Cushnan were parachuted in at the eleventh hour to contribute additional ears/skills for most of the remaining tracks, although not for the (rather tangential) second single ‘You Need Me, I Don’t Need You’.

Speaking of ‘dropping the ball’ with a vocal, another example just came to my mind: Nelly Furtado’s ‘Try’, of her second English-language album Folklore. And I kind of wish I hadn’t remembered, because it’s now bugging the hell out of me! :) The specific moment that needles me is the line “wanting more from me” during the choruses, where the return to the tonic note on “me” just feels like a cop-out. Back to Ed Sheeran, though…

One further observation I’d like to make about ‘The A Team’ is that there’s more to the vocal “ooh” backing lines at 0:57 than you might consciously have noticed. Although there’s a tendency with backing vocals for the listener mostly to register just the top line, that doesn’t mean that any underlying parts have no function, because they can really help to make the backing vocals appear warm and enveloping. It’s instructive to solo the Sides signal here, in fact, because that highlights the vocal arrangment much more clearly – it sounds like at least four different lines in there, one of which is surprisingly low-register.