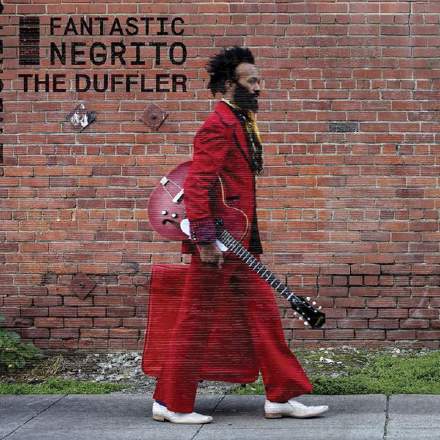 Having won his second Grammy for Best Contemporary Blues Album, Fantastic Negrito’s clearly on a roll, and this track, featuring one of the grimiest, grooviest juggernauts of a riff I’ve ever heard, is a great introduction to his world! (And I love how the top of that riff line alternates between the G chord’s perfect and diminished fifths to subtly sustain the line’s interest.) The mix has a gloriously filthy sonic quality, which binds the drum samples and instrumental overdubs into an organically cohesive whole without sacrificing significant clarity or detail — quite a balancing act!

Another highlight is the low end. As there’s no detailed kick-drum filigree, the sound can afford to be capaciously resonant below about 50Hz, giving it a suitably thunderous quality. But, crucially, the kick tone above 50Hz remains tight and the bass’s low end is also well controlled, so the mix as a whole never risks sounding bloated.

It was only while scrutinising the low end more closely, however, that I realised something else: what I’d instinctively assumed was one drum part is actually two! There’s a live-sounding break-based part with a prominent hi-hat in the left channel; and a programmed loop of kick, snare and shaker in the right channel. Again, the fact that these separate parts blend with each other so convincingly is a credit to engineer Nahuel Bronzini’s mixing, and they give rise to some fun stereo side-effects too. Firstly, there’s a cool interplay between the opposition-panned hi-hat and shaker, and also a definite pendulum effect as the rhythmic emphasis alternates between the right channel’s heavier kick drum and the left channel’s more present-sounding snare. The tonal mono-compatibility of the drums is excellent too, despite the wide spread in stereo, because summing the channels doesn’t result in the kinds of comb-filtering artifacts you normally expect of stereo overhead/room mics (and indeed many stereo samples as well).

Another unusual characteristic is the disparity between the low-end levels of the two kick drums — the left channel meters about 8dBRMS higher than the right below 40Hz. In mainstream chart styles, where you want both maximum bass and maximum loudness, this kind of thing can be a technical concern (something I touched on when critiquing Rudimental’s 'Feel The Love' several years back), but within a more indie context there’s much more leeway to take liberties like this for aesthetic reasons. Nevertheless, it did intrigue me, so I reached out to Nahuel himself, and he was kind enough to provide some extra background. Apparently, he and the artist initially worked on the arrangement while listening on smaller nearfield monitors, so weren’t initially aware of what was going on at the extreme low end. However, once they did hear their work on a full-range system, they realised that the extra low end was enhancing the left-right interaction between the kick and snare hits, so decided to leave things that way. A nice stroke of serendipity!