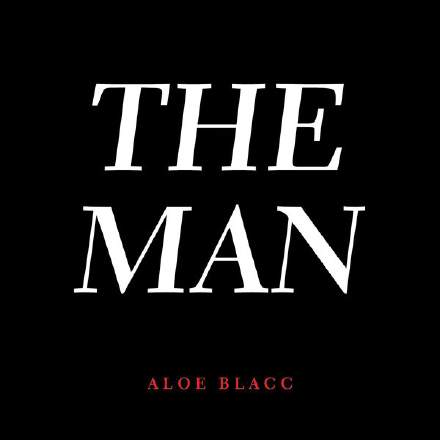 Most serious students of songwriting and record production spend a healthy amount of time poring over their favourite records, trying to glean techniques which might elevate the quality of their own work. Far fewer people, though, make the effort to scrutinise productions they actively dislike — but they should, as this can be equally revealing.

A recent case in point for me was this single from Aloe Blacc, which I’ve found increasingly irksome each time I’ve heard it. It’s not meritless by any means: I’ve loved Blacc’s voice and performance style ever since 'I Need A Dollar'; the rhythm section has an admirably deep, powerful groove; I like the arrangement’s athletic horn, string, and backing-vocal parts, and the scattered Marvin Gaye-style soul flavours besides (most notably in the middle section at 2:45-3:07); and I can’t fault the mix’s fullness, clarity, and overall pacing. What bugs me, though, is that the music just seems to ramble along aimlessly, without any real sense of purpose, such that all those other good things just feel like they’re expertly shuffling the Titanic’s deck-chairs.

As it wasn’t immediately obvious to me what might be at the root of this malaise, I dusted off my manuscript pad and determined to get the bottom of it. I suspect that a major contributing factor is the basic harmonic skeleton of the chorus sections ( G-D-Em-D-A-Bm-A-G-A-Bm-A-G), which also appears in truncated form elsewhere. In the first instance, step-wise root progressions tend to sound a bit disjointed in popular music compared with progressions based around thirds, fourths or fifths, simply because you don’t get any shared notes between adjacent chords. The meandering D-Em-D, A-Bm-A, and A-G-A oscillations also feel rather directionless, and this effect is compounded by the bass line, which sticks to each chord’s root note most of the time, rather than embarking on any more independent musical phrase-shape that might have made the non-standard section lengths (for example, the 10-bar verses and choruses) feel more logical.

I don’t think holding the G-major chord across so many bars helps matters either, for example across the boundary between the verse and chorus and at the repeat of the main harmonic pattern at bar five of each chorus. Firstly, it’s a pretty good rule of thumb that a change of chord at the start of a new section tends to sound more assertive; and, secondly, the emphasis placed on that G chord combines with the lack of any strong cadence towards D major or B minor to lend the production a kind of Lydian modal flavour. Now, I’ve nothing against Lydian mode in principle, but it’s difficult to build significant momentum towards its home chord when that doesn’t seem like the most natural point of rest for many Western listeners, raised as they are on a musical diet rich in major/minor tonality.

What really gets my goat, though, is that this already shaky foundation is adorned with masses of non-functional dissonance. In other words, dissonant notes which don’t attempt to release their harmonic tension through some kind of obvious consonant resolution. I’m no reactionary when it comes to embellishing chords with added notes purely for colouristic purposes (some of my best friends are clusters…) but, by its nature, non-functional dissonance makes chord progressions more ambiguous, and that means that they usually work best when the tonal backbone is fundamentally strong (as it is in a lot of classic soul tunes), or where the audience is already familiar with the song’s basic framework (for example when standards are extensively reworked by jazz ensembles). With a mainstream-oriented production that’s already as harmonically invertebrate as ‘The Man’, bucket-loads of blue notes just sound like an admission of defeat — a bit like slapping tons of reverb on an out-of-tune singer!

I don’t imagine Mr Blacc will be losing much sleep over such matters, given that the single’s been his most successful to date, but I can’t help feeling it’s a triumph of form over content. Maybe I just don’t got soul…