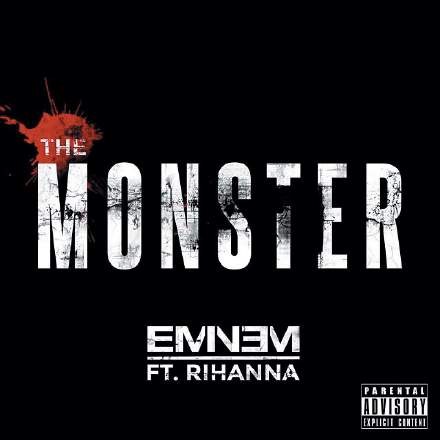 What struck me most about this track was its use of extreme arrangement breakdowns. Although you might dismiss some of these as the cheap ‘hit some mute buttons to keep Grandma awake’ tactics that have long been the stock in trade of chart hip-hop producers, I think it’s actually a bit more intriguing than that. For example, the use of a low-pass filter instead of a mute is quite effective for “it was confusing” at 0:32, hinting at woozy disorientation in much the same way as Tinie Tempah’s ‘Pass Out’. The way the series of mutes at 0:48 locks into the rhythm of “one sheep, two sheep” is also great, and the other series of mutes at 1:55 seems well-placed too, given the psychotic nature of the line “my OCD’s conking me in the head — keep knocking, nobody’s home” that they accompany.

The start of the second verse (1:27) holds another nice surprise: a very unusual vocal texture, where Eminem’s rapping seems to be accompanied by a mildly electronic choir following exactly the same rhythms as he is. I suspect that this might be the work of Melodyne (or some such software), which has created the harmonies from transposed and ‘robotised’ copies of the lead line — especially given that the subsequent Dalek impersonation (1:37-1:41) tells us that serious pitch-shifting technology was definitely employed on this project. The cool effect is marred slightly, though, by the massive low-frequency plosive blast on “poet” at 1:28. Did someone forget to high-pass filter the shifted BVs?