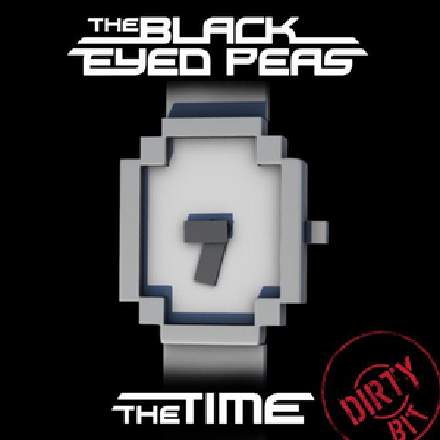 Top mix engineer Dave Pensado likes to say that it’s more important to be new than to be good, and few bands seem to follow this mantra more successfully than the Black Eyed Peas. Ever since ‘Boom Boom Pow’, I’ve been fascinated by the way they treat record-making like concept art, structuring their music around pure hooks, irrespective of current fashion or traditional aesthetic considerations. Even though I can’t stand this particular single myself, I can’t help admiring their chutzpah: who in their right mind would have even contemplated releasing a cover of such a nadir of ’80s cheesiness? Yet the Peas have pulled off a classic hip-hop reinvention, taking over the airwaves and causing music execs the world over to salivate at the prospect of some return to those halcyon days of neon-tinted high consumerism. Not that I’d actually recommend this approach to anyone trying to make a break with their own music, because the scheme’s success seems heavily dependent on the band’s existing big-league status — anyone else trying to hawk a production like that around the industry six months ago would almost certainly have been laughed out of court.

Personal preferences aside, though, there was one thing about the more dance-oriented ‘verse’ sections (1:00-2:00 and 2:45-3:30) which intrigued me from an arrangement perspective: the way the vocal and lead-synth parts interact. When the vocal is higher in register, the synth is pitched lower, and vice versa. On a purely sonic level, this probably improves the clarity of the mix to some extent, by keeping the two important parts out of each other’s way — especially effective when the synth moves into its lowest register at 1:45 and 3:15. However, I wonder if this technique might also be a way of highlighting and exaggerating the more subtle pitch contrasts of the rapped vocals in particular, to make them appear more expressive than they are. Whatever your opinion on that point, however, there’s no denying that the pitch variations help keep the basic synth riff closer to the top of the listener’s consciousness, and that simple trick alone is worth considering for your own arrangements.

Another interesting thing that just occurred to me, is the way they’ve made a lot of contrast in the use of pitch-correction/mangling for the different vocal parts. It goes all the way from Robocop through to fairly natural (in Fergie’s version of the 80s hook and in the crowd shouts for instance). The whole Auto-tune-tastic thing has lost a lot of its impact these days now that everyone’s used it to death, so it’s not a bad idea that they’ve worked hard to freshen up the concept in this way (in terms of it catching your ear), especially as it seems to be turning into something of a Peas trademark. Apl.de.ap’s rap is a particularly good example of this for me. In fact, in general, it does seem that the Black Eyed Peas put a lot more production effort than most people into making the vocals constantly arresting from moment to moment, something that reminds me quite a lot of Mirwais equally inventive and hyperactive approach to the backing tracks on his work with Madonna.