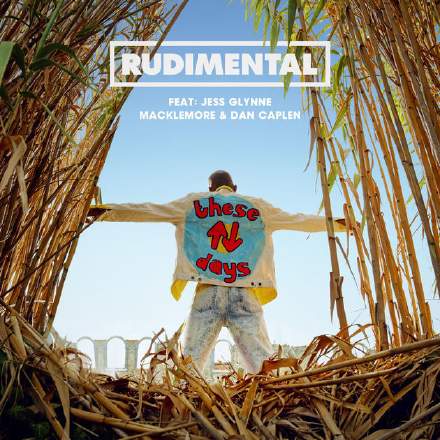 The vocals on this record could operate as something of a vocal ‘endstop’ reference for me. What I mean is that the amount of upper-spectrum energy Rudimental have funnelled into the lead-vocal parts rather neatly defines the boundary between ‘enough’ and ‘too much’, as far as I’m concerned. Macklemore’s opening lines, for instance, stay on the right side of the line: super-close and crispy, with masses of world-weary ‘grain’ to the vocal tone. However, I think Dan Caplen’s subsequent tone is a bridge too far, taking on a fatiguing, sibilant brittleness and lacking real timbral warmth. (The added emphasis it puts on the formant-warbling side-effects of his tuning correction is hardly flattering either, as on “this old” at 0:21.) Then Jess Glynne’s entry returns to a more palatable high-frequency balance, albeit with a touch too much top-octave emphasis on the sibilance for me. So if I were referencing a vocal in my own mix against this production, I’d feel comfortable brightening it up to Macklemore or Jess Glynne levels, but if I found myself overshooting into the Dan Caplen zone then I’d take that as a message to rein things back — and probably give my ears a break too!

Despite the unusually crispy vocals, there’s a recognisably chart-centric profile to the overall tonality of ‘These Days’, with significant troughs in the 150-300Hz and 3-6kHz zones, combined with boosts below 100Hz and above 8kHz. (Other recent examples include Luis Fonsi & Daddy Yankee’s 'Despacito', Dua Lipa’s 'New Rules', and Clean Bandit’s 'Rockabye'.) Losing low mid-range in favour of deep bass has always been a means to generate a sense of warmth without woolliness. However, I’m increasingly wondering whether it’s also an attempt to squeeze the best apparent playback volume out of the loudness-normalisation algorithms that are becoming ever more widespread on broadcast and streaming services. The ITU’s BS1770 loudness-detection algorithm, for instance, features a high-pass filter in its detection circuit rolling off at around 12dB/octave below 100Hz, which means that boosting your track’s ‘bassiness’ at 50Hz will cost you less playback loudness than boosting it at 150Hz. You might also argue that the 3-6kHz high-frequency dip serves a similar function, because the BS1770 detector’s pre-emphasis curve is also boosted by 4dB above 2kHz. In that light, adding brightness to a mix at 10kHz rather than 3kHz would make sense in loudness-detection terms, as higher frequencies typically contribute less to the average level of a music mix than lower ones.

For many years, peak-normalised playback has negatively impacted the sound of commercial music releases. While I’m delighted that current loudness-normalisation schemes appear to be making progress in discouraging the extreme dynamics-squashing tactics of the past couple of decades, I think we’re kidding ourselves if we think they’ll make the loudness wars go away entirely, because I strongly suspect that tech-savvy engineers are already skewing their production sonics to jack the loudness-detection algorithms in their favour.