(They Long To Be) Close To You 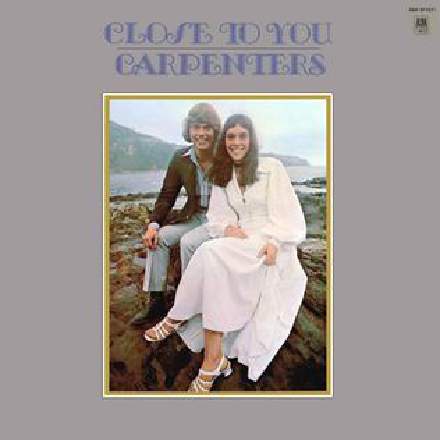 This song, the band’s breakthrough hit, showcases a characteristically efficient and effective arrangement from Richard Carpenter — apparently in collaboration with Herb Alpert, co-founder of the band’s label A&M Records. Personal highlights include the syncopated tom fill at 1:14, which leaves a perfect gap for the word “that”, and the bass guitar’s dropped note and subsequent countermelody highlighting “follow you” at 1:21.

The star of the show, however, is of course Karen’s rich contralto, which you can enjoy for the whole first verse in isolation if you solo the right-hand stereo channel. Admittedly, it’s a bit of a shame about the distracting mouth/lip noises on the recording (especially as these could probably have been avoided with a few sips of water whilst tracking), although some might argue that they aid the sense of intimacy. The dense artificial reverb effect is nicely judged, adding warmth and density without unduly pulling the singer away from the listener. The 140ms predelay (clearly audible in the stereo Sides signal at 2:19) can’t have hurt in this regard, and neither can the distinctive timbre of the effect tail, both of which attributes make the effect easier to separate perceptually from the dry signal.

The drums have the uncompromisingly dry and upfront sound you’ll hear on a lot of ’70s records, typically a result of close-miking in dead-as-a-doornail acoustic environments. I do like the tightness and presence this approach gives the kick, toms, and hi-hat, although it’s less well suited to capturing full-sounding cymbals, so it’s little surprise to find that, bar the rather thin-sounding ride-cymbal taps at 0:51 and 1:10, the drum part remains a cymbal-free zone. (Tellingly, the dramatic cymbal roll at 2:16 appears to be a separate stereo overdub, perhaps recorded with the stereo harp and bell-tree glissandos heard at 1:04.)

Given the Carpenter’s trademark multitracked backing-vocal textures, it’s interesting to note how carefully double-tracking and layering are used otherwise. Take the main left-panned piano part, for instance, which is momentarily garnished in the right channel with Wurlitzer (alas, about 15 cents flat) during the intro at 0:06-0:09; with piano overdubs at 0:58, 1:48-1:56, and 2:03; and with electric harpsichord at 1:37-1:47, 2:38, and 2:53-2:57. For the most part, the producers have wisely resisted the urge to smear Karen’s lead-vocal nuances with double-tracking — only at 1:59 do we get some of that, where it makes sense as part of the arrangement’s overall build-up into the climax at 2:17. Flugelhorn isn’t an instrument commonly associated with layering, which makes the double-tracked solo at 1:36 rather an ear-catching tonal novelty. Mind you, I reckon it’s still insufficiently diverting to redeem the cheesiness of that up-a-step key-change…