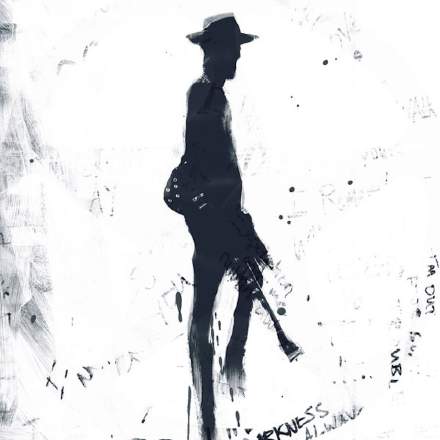 Have a listen to this Grammy winning track and ask yourself this: does the stereo image feel narrow? You see, it’s easy to get into the habit of assuming that live drums have to be in stereo, but on this track they’re pretty much mono. And, if you ask me, I don’t think there’s anything amiss with the stereo picture at all, because there’s plenty of alternative width-enhancing elements: the main bass synth’s midrange and upper spectrum; the subtle stereo organ pad; and the selection of stereo effects on the guitars. One great thing about mono drums is that they tend to feel more focused and upfront, and that seems pretty appropriate here, given the hard-hitting confrontational lyrics. Another advantage is that the drums suffer no tonal damage under mono playback conditions, so they’ll remain just as forward-sounding in single-speaker playback situations. (To be fair, there is a stereo snare sample that sneaks in to add width and emphasis to every second backbeat during the hook sections, but that’s not a huge loss.)

Nevertheless, there’s an impressive sense of cohesion and blend here – something that’s trickier to achieve with mono drums, or indeed when trying to blend synths and guitars together. Now there’s a lot that room ambience can do to help with this kind of thing, and that’s clearly one of the techniques being used here. You can hear it on the intro’s background guitar riff (0:12-0:35), for instance, or on the outro’s backing vocals (5:16-5:40). It’s also there less audibly on the verse lead vocals, and more generally on the drums and guitars during the title hook section (eg. 1:33-1:45). Mind you, I think the way so many of the sounds are using coloristic distortion is also a cohesive factor, effectively giving the drums and vocals more timbral commonality with the electric guitars – which are of course already distorted by nature!

One typical characterestic of electric guitar recordings is that they don’t necessarily have that much dynamic range, and as such you’ll often find that rhythm parts will hold a pretty consistent place in your mix balance without any real dynamics or automation work. Solo parts, on the other hand, are a whole different kettle of fish, because of the way an overdriven amp responds to different types of playing. A single note will come through pretty cleanly even with lots of overdrive, as will open-fifth powerchords. The moment you start hitting other intervals and chord-shapes, though, you get a whole load of complex intermodulation distortion components that completely change the tone, and usually increase the noisy, non-pitched sonic components too. The result is that even if you heavily compress the electric-guitar solo in your mix (which may not be musically appropriate to start with!), it’s very common to find that some sections of the line will cut through effortlessly, while others struggle to avoid getting submerged by other parts such as rhythm guitars and keyboards. And if the guitarist’s using modulated effects-pedal processing too (like the wah pedal in this case), that only complicates things further.

All of which makes the guitar-solo balancing in this track particularly impressive, not only in terms of how the instrument’s level remains so solid, but also because the tone never gets harsh or piercing, no matter what the part’s doing or where the wah pedal’s set – something that I know from experience can be tremendously difficult to achieve. It’s conceivable that we might just be hearing an amp that’s been miked from a couple of feet away, as that’s one way you can maintain a smoother sound with distorted guitars in general, but I wouldn’t be at all surprised if some kind of EQ automation were at work here as well.