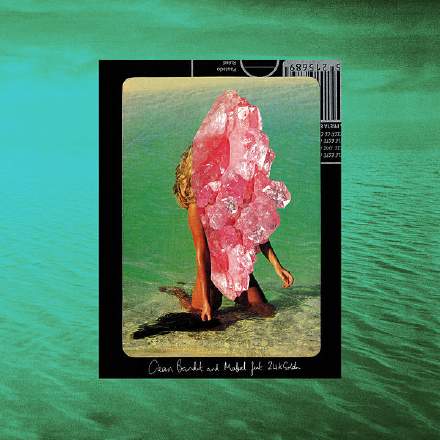 Is it just me, or does this smack of a bare-faced money-grab for sync revenue? I mean, given how frequently news channels do features on Tik Tok, and how frequently musical underlay is left by overworked producers to the last moment, this track will doubtless prove as inescapable as Robbie Williams’s ‘Millennium’ was in the late 90s, given that Kesha’s 2009 smash ‘Tik Tok’ is basically ancient history as far as the typical user of the micro-video-sharing app is concerned. Shame this song’s not a patch on either of those.

Still, there are a few redeeming details. There’s a nice post-produced melodic ornamentation on “bed” at 0:32, for example. Producers have clearly been adding ornamentation with pitch-manipulation software for a while (as I recently discussed in relation to Sam Smith’s 'How Do You Sleep'), and I remain fairly positive about this creative cyborgisation of EDM vocal lines as an indication that we’re finally growing out of the infancy of Auto-Tune use/abuse arguments and seeing it as just another creative tool. And the arcade-game-style arpeggiated one-shots (eg. 0:31 and 0:56) are well chosen in this respect, as they have, in a sense, some musical commonality with the step-wise vocal pitch-shifting filigree.

It’s also quite a cool texture when the strings double the lead vocal “na-na” lines at 0:57. Not only is it ear-catching on account of the strings' more piercing timbre and super-high register, but there are also significant differences in the phrasing and articulation between the two lines, most notably the way the strings slide across certain intervals. Somehow this looseness in the doubling makes each part seem more characterful in its own right, and it also feels a bit more organic within what is otherwise a primarily programmed style.