by Christine And The Queens 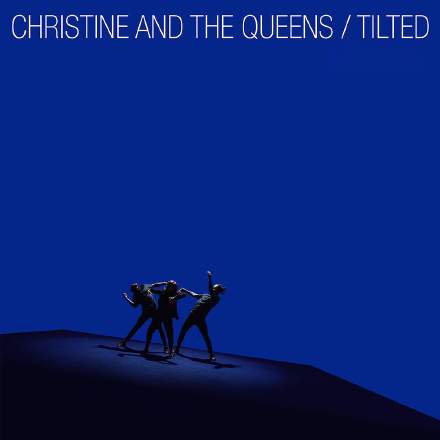 Re-released in the UK a few months ago with English lyrics (the original French-language version, ‘Christine’, appeared in 2014), this song has recently been propelled into the charts following the artist’s Glastonbury Festival show.

There’s plenty to admire in this project, but what first catches my ear is the rhythmic groove, which feels impressively fluid despite the exclusively electronic backing. It’s so easy for programmed productions to feel stuck in the mud rhythmically, almost as if they’re dragging, but this song skips along lightly and naturally, and several things contribute to this. Firstly, the high percussion is extremely understated — just a hi-hat playing eighth-notes at a very conservative level. This directs the listener’s attention more towards the main beats, a tactic which usually makes a groove flow more easily. There are 16th notes in the arrangement, but crucially these derive primarily from the arpeggiated synth riff that’s first heard at 0:19, the soft attack of which only lightly sketches in the smaller beat divisions.

But the other fundamental element of the groove is the lead vocal. I regularly advise project-studio users that lead-vocal timing is just as important as lead-vocal tuning, and this track is a case in point, because singer Héloüse Letissier is absolutely locked to the groove here, and had she not been I reckon it would have substantially undermined the production.

But there’s so much more to this performance than simple timing, because it also enhances the groove in a couple of other important ways. On the one hand, she joins the synth riff in contributing small bursts of 16th notes (such as at “trample over beauty while sing their thoughts”), but without labouring them so much that things drag — and indeed abandoning them entirely for the choruses, where the beat most needs danceability. On the other hand, she generates much-needed melodic direction, connecting the backing’s rhythmic elements together into musical phrases. So, for example, there’s an undeniable momentum in the chorus phrase “I am actually good”, driving us towards the downbeat “act” syllable every time, an impetus for which only really the vocal can claim credit.But there’s even more to it than that.

Although it’s difficult to point to any specific example, I just get the sense that the singer is really feeling the rhythm, and it’s an impression that project-studio vocalists very rarely manage to capture for one good reason: they don’t actually move to the music. On the face of it, the idea of dancing in the studio seems odd, given that no-one’s going to see it and the singer’s movements have the potential to make the sonics less consistent (and hence tricker to mix). However, the muscular convulsions of dancing have a tremendous impact on the way you sing, and I’ve seen many vocal performances transformed in this way. So next time you step into the vocal booth, don’t hold back — shake that thang!