Too Good At Goodbyes 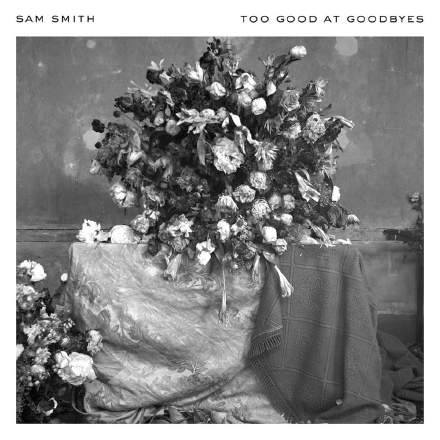 When shifting into their falsetto register, some male vocalists find it more comfortable physiologically to restrict (or even close off) the flow of air through their nasal passages. A side-effect is that ‘n’ and ’m' consonants begin to approach ’d' and ‘b’ instead, almost as if the performer has a cold.

Normally this isn’t a huge issue, because most singers only use falsetto pretty sparingly, but it’s very much Sam Smith’s stock in trade, and I honestly found the nasally congested lyrics in this song a bit distracting. In the chorus, for instance, we’re treated to “you hurt be” and “every tibe” twice, and (my personal favourite) “we dote stad a chas”. And before anyone tries to argue that a blocked nose simply adds tear-stained authenticity to his emotional message, bear in mind that there are plenty of other moments (most of them not falsetto) where he displays all the clarity of a menthol-lozenge endorsee.

So what to do? I’ve had a certain degree of success remedying exactly this kind of thing with extreme automation moves, boosting the underpowered consonants and the little vowel-consonant and consonant-vowel transitions either side of them by 6dB or more. However, I also know from experience that sometimes there’s simply not enough information to work with. So really the best cure is prevention: either try to get the singer to work on opening up their nasal passages more during falsetto singing (which, incidentally, tends to give the sound a bit more airiness and intelligibility in general), or just avoid writing those consonant sounds into falsetto lines.

I also can’t help feeling that the lead vocal’s tuning seems to be pulling a little bit flat, at least in relation to the piano and bass. This is something that I can’t imagine having been left to chance with such a high-profile artist, and the cynic in me wonders whether it might be the result of an inappropriate pitch reference in Melodyne. But if it’s intentional I can see a definite justification, as I reckon it helps make the song feel a little more plaintive.