Total Eclipse Of The Heart 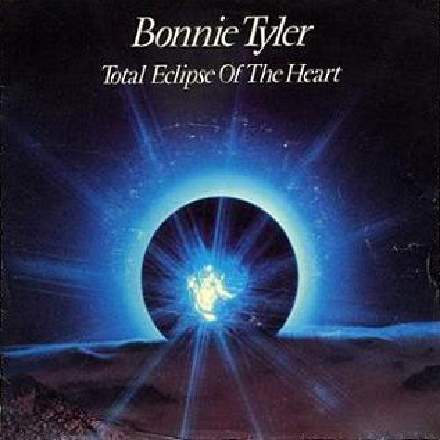 Bonnie Tyler’s tremendously ragged vocal timbre is a saving grace of this production, which might otherwise have descended into pure bathos under the weight of Jim Steinman’s production histrionics and a snare reverb as synthetically bouffant as the singer’s 1984 Grammy Awards hairdo. The progressive unveiling of her high pitch register is also well paced, with each new section reaching a fresh peak. So in the opening verses we get up to G#, before pushing further to C in the first chorus. Then the following verse hits a ferociously phlegm-spattered C# in its final moments, before the chorus inches first to D for “giving off sparks” and, finally, to the crowning Eb, which hammers home the last “I really need you tonight”. But it’s not just the high registers that are used strategically, because Tyler’s lowest notes are kept back exclusively to distinguish the title hook.

In terms of harmony, this song is curiously (though effectively) rather bipolar: while the verses are unstable and modulatory, flitting jarringly between suggestions of Bb minor, C# major and E major, the chorus settles into a more conventional Ab major workout to support the expansiveness of the lead melody. Of course, it helps in this context that the chorus kicks off with one of the hoariest old harmonic chestnuts ever, that repeated I-vi-IV-V pattern that’s been the darling of ballad-writers for generations, perhaps most famously illustrated in Whitney Houston’s ’90s smash-hit reworking of Dolly Parton’s 'I Will Always Love You'. (The chorus in Houston’s version, incidentally, exhibits such striking similarities in tempo and melodic contour to ‘Total Eclipse…’ that it’s surely a viral mashup sensation in waiting! play_arrow | get_app Ahem…)

Other indicators abound of experienced song-writers at the helm. Notice, for instance, how the line “total eclipse of the heart” is a thinly veiled octave-down reworking of the opening chorus melody (first heard on “and I need you now tonight”), its provenance hammered home by the instrumental restatement which immediately follows in the piano accompaniment. Why invent something new when you can better cement the material you already have in the listener’s mind instead? Those two extra beats of phrase extension after the second “giving off sparks” likewise bear testament to a sure hand on the tiller, ratcheting up the tension one more notch into the song’s climax.

But my favourite moment has to be the way the two-part harmony of “now I’m only falling apart” converges to unison double-tracking for “total eclipse of the heart”, a move which begs so strongly to be interpreted as an ‘eclipse’ of the backing vocal behind Tyler’s louder and more characterful lead line that I can’t believe it wasn’t conscious word-painting.