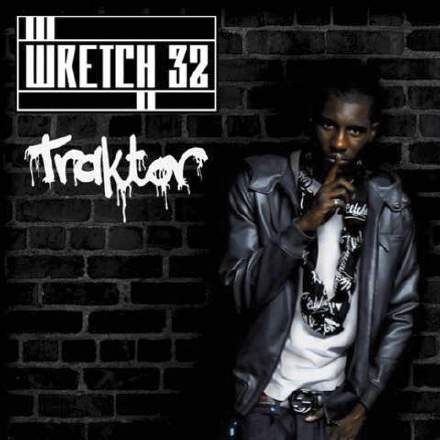 There’s a lot about this single that I love. Great rapping, inventive programming and canny arrangement all come together to create a piece of chart alchemy that, musically, is more than the sum of its parts. Despite this, the mix leaves me dissatisfied.

One of the most common tips you’ll find in mixing tutorials is that the low frequencies of your bass synth/guitar should occupy a different frequency region to those of your kick drum. This isn’t bad general-purpose advice, but I haven’t heard as extreme a case as ‘Traktor’, where the bass is a pure sine-wave ‘F’ at 44Hz, while the kick’s main low-end contribution feels like it’s more than an octave above, somewhere around 120Hz. It surprises me, therefore, that the kick’s tone wasn’t balanced more in favour of this region, because it’s rather anaemic as things stand. Experimenting with the dynamics of this frequency region using Voxengo’s Transmodder plug-in bore this out, showing that it was possible to significantly increase the kick’s ‘oomph’ at that frequency, even within the headroom restrictions imposed by the track’s endstop-busting mastering job.

The vocal tone isn’t doing the kick any favours either, because it’s packing more 240Hz warmth than I’d expect for a chart-oriented rap vocal. (Compare it with any of the recent Tinie Tempah singles, for instance, or Wiz Khalifa’s ‘Black And Yellow’.) As a rough rule of thumb, the more low end you add to a lead vocal, the bigger it will sound in the mix. While this initially feels like a good thing, everything in a mix balance is relative — so as you make the vocal bigger, the rest of the backing track effectively shrinks. I suspect taking out 3-4dB of vocal at this frequency would have been a good idea, and not just for this reason. I’m also getting a slight sense of tonal muddiness from this mix, which seems to stem from the way the prominent 174Hz and 348Hz pitched components of the opening sample combine with the low end of the vocal parts, so processing the vocal to pull down the octave centred on 240Hz would make sense from that perspective too. I’d probably have added a couple of decibels to the lead rap at 3-4kHz too, bringing it closer to the front of the mix, to improve small-speaker projection.

Some of you may have read my recent Sounding Off article in Sound On Sound magazine, where I expressed my exasperation with the way expletives are edited on chart-oriented tracks to create ‘clean’ versions which nonetheless leave nothing to the imagination. So you can imagine that my ear was immediately drawn by this chorus line: “I ride this motherf****** beat like a traktor”. What still amuses me after repeated listening, though, is that it always sounds to me like: “I ride Smurf… beat like a traktor.” Talk about a selling out! :)