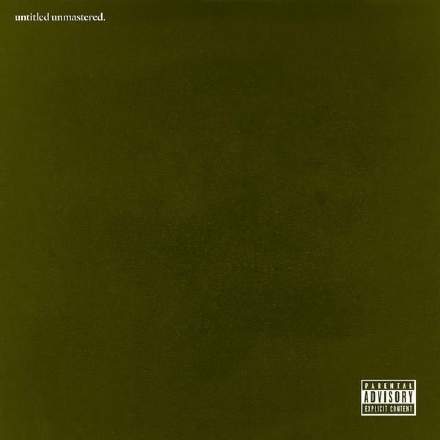 There are so many ideas bursting out of Lamar’s recently released demo compilation, Untitled Unmastered, that it’s hard to know where to start when it comes to writing about it! For my part, the track ‘Untitled 02’ is probably the highlight, if only for the rapper’s tremendously inventive use of vocal deliveries and textures: the full-bodied “get God on the phone” at 0:39 versus the following verse’s pinched breathiness and quasi-yodelled phrase endings; the chorusey falling group interjections which begin at 1:14; the strangely robotic triplet-based riff at “pimping and posing”; the emphatic vibrato in the backing-vocal “ah” at 1:40; the laid-back patter of that extended third verse from 2:30; and the strung-out higher-register from “what if I certified” at 3:33. There are plenty of rappers who struggle to match that expressive range on a whole album, let alone one demo!

I’m also a sucker for this mix’s method of generating an exaggerated depth illusion, where a massive distance is implied between the up-front elements (the point-source lead rap, super-dry, short-release kick, and wide stereo percussion) and background textures which seem to be made up primarily of a piano’s recirculating reverb.

Those good things notwithstanding, I can’t help feeling that this album’s title is missing a word: uncredited. There’s a limit to how seriously I can take biting social and political commentary from someone who releases an album full of collaborations with a slew of talented fellow musicians, engineers, and producers, but who steals their credit by putting nobody’s name on the CD but his own. What’s worse is that if the sense of mystique in this specific instance actually drives greater recognition to these people than might otherwise have been the case, it’ll provide lazy/unscrupulous artists of the future a golden opportunity to weasel out of their own moral responsibilities by arguing that it’s actually better press to leave the credits off. Oh yeah? In which case, leave the bloody artist’s name off too!