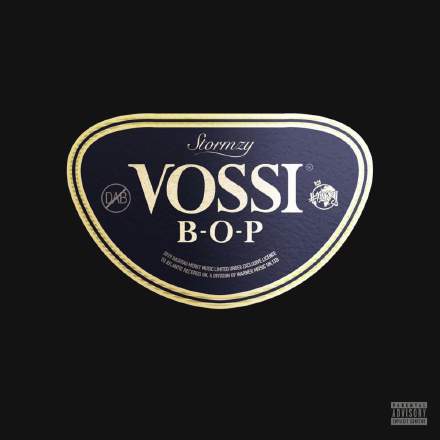 The bass line in this production is a curious creature, in that it seems to have been purposely designed to deliver very ambiguous pitch information. For a start, the notes are so low-register that the pitch is hard to perceive even if you’re lucky enough to have a monitoring environment that’ll do justice to the sub-30Hz fundamentals. In addition, each note has an appreciable pitch fall-off that further weakens the sense of pitch-centre. (If you’re having trouble hearing these pitch glides on your system, double the audio’s playback speed — they’re much more apparent when everything’s playing an octave higher!) Is there also a bit of oscillator detune muddying the waters? Whether there is or not, the combined effect of all these factors effectively destroys the bass line’s traditional musical role (ie. as a root for the track’s harmonies), so that it becomes more of a textural and rhythmic element in the mix, which is a bold move.

What I find most intriguing, though, is that it’s perfectly possible to overlook how ambiguous the bass line is if you happen to be paying more attention to the spindly keyboard riff layered over the top of it. You see, the latter has such a strong G minor flavour that your ear naturally assumes (in the absence of unequivocally contradictory pitch information from the bass sound itself) that the bass is in tune with that. Which gives rise to another of those great ‘have your cake and eat it’ situations, where the keyboard part allows the bass to masquerade as a traditional harmonic underpinning, while the bass is actually working to subtly destabilise the solidity of the track’s tonality as a whole. It’s a cool effect.

I also like the way mutes are used to highlight certain particularly ear-catching lyrics. The bass drops out to draw attention to the intriguing line “rule number two” at 0:41, for instance, and I don’t think it’s any coincidence that the drums leave a gap at 0:50 under arguably the song’s most sensationalist lyric: “Fuck Boris!” (a line that already seems to have spawned some outraged headlines!). The fact that the next time the drums drop out (at 1:11) happens to coincide with the very next F-bomb at 1:11 made me pause for thought. It wasn’t that long ago that just saying “fuck” would draw plenty of attention without any further musical emphasis — cast your mind back to Alanis Morissette’s “…and are you thinking of me when you fuck her”, for instance. And yet, like Stormzy, I find myself musically underlining swear words while mixing almost as a matter of course these days, so clearly their raw power has declined from overuse. Never fear, though: I’m sure we can rely on our kids to up the ante in the swearing stakes soon enough, just so things don’t get stale.