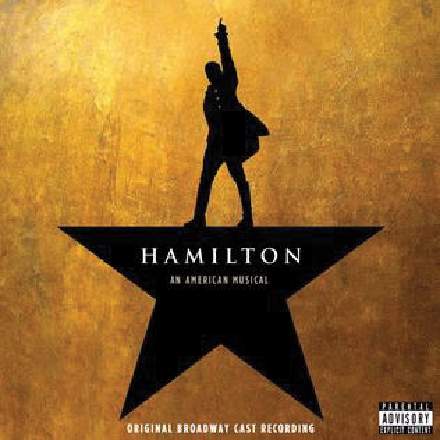 One of the things I love about musical cast recordings is that they’ve remained more or less a bastion of wide dynamic range in the face of the wider music industry’s loudness war. And it stands to reason, partly because a musical has to create momentum over a much longer duration, so needs a wider expressive range to work with. But I’m guessing that the audience for stage musicals also tend to listen less casually by nature, because they’re captivated by the long-term narrative arc, so there’s less need for loudness as a competitive feature. Listeners are, I’d imagine, more likely to skip between their favourite tracks within the Hamilton album than they are to shuffle a playlist lining up those against regular chart tracks.

The song ‘Wait For It’ is apparently a favourite of the show’s writer and lead performer Lin-Manuel Miranda, so it’s as good a place as any to hear the benefits of this dynamic range. When the drums first pound their way in at 1:31, for instance, the sheer level and sense of punch delivers a genuine element of surprise. It’s also great that the lead vocal isn’t overly upfront at that point, which could easily have undermined the rhythm section’s illusion of power. And check out the level drop-down for “Hamilton doesn’t hesitate” at 2:16. Again, this is something that’s as rare as hens' teeth in chart singles, but without it the build-up from 2:28 towards the eventual full-texture entry at 2:38 simply wouldn’t generate the same sense of propulsion and impact.

The other thing that really caught my ear on the Hamilton album is the cast’s ensemble choir sound. As mix engineer Tim Latham commented in this Sound On Sound magazine article , squeezing more than two dozen individually close-miked vocalists into a full-band mix takes some doing, so it’s particularly impressive how smooth the end result remains, even as the performance energy level rises — as in ‘Wait For It’ from 1:30 onwards. In my experience, there’s a real danger of harsh presence-frequency build-up when layering so many high-intensity vocals together. Some of the secret sauce in this recipe is that the backing arrangement derives much of its apparent brightness from the snare (rather than from cymbals, keys, or strings), and there’s so much space between hits that the vocals don’t need buckets of pop-tastic upper-spectrum emphasis for balance cut-though or lyric intelligibility. The call-and-response vocal arrangement doesn’t hurt either, because the ensemble vocals seldom have to compete directly with the brighter lead timbre. Those things aside, I think Latham deserves a great deal of credit for making such sonic profit from the arrangement, because the modern choral sound he’s fashioned is, to my ears, a benchmark of excellence.