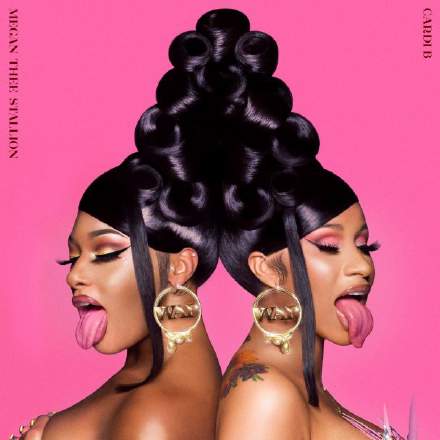 I think it’d be fair to say that there’s been some pretty gratuitous sampling in the history of hip-hop, with unimaginative producers lazily piggy-backing on the recognition of earlier chart hits. So it’s always refreshing to be reminded how the best rappers are capable of dramatically reinterpreting or commenting on a sampled record, shedding a whole new light on it (and indeed society as whole) in the process. And there can be few more powerful examples of this than ‘WAP’, a long-overdue sexual-equality/positivity broadside set uncompromisingly against the hook of Frank Ski’s ‘Whores In This House".

Now, there’s been no shortage of comment on this song’s lyrics and video, so I’m sure the world can do without the views of another middle-aged white bloke on those topics. However, from a production perspective, it makes sense to me that a record with such a strong lyrical message so frequently draws the listener’s attention to its punchlines by dropping out the backing entirely – I counted at least ten occasions. My favourite example is “park that big mac truck”, where Cardi B intensifies the arrangement change by suddenly switching to a 3/16 stress pattern. Pure style!

Whenever you have two headline vocalists of the same gender performing together like this, there’s frequently a question of how to keep them clearly differentiated. In this case, Cardi’s breathier tone helps, and Megan generally seems to keep a slightly lower register too. However, the arrangement also lends a hand, because both of Megan’s main verses are signposted by the deep bass and the hi-hat dropping out.