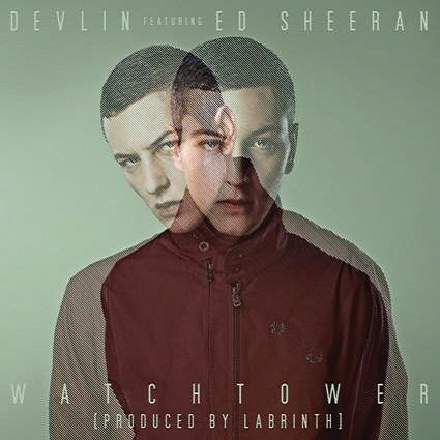 Many people confuse the purpose of a single-driver mid-range speaker (such as the famous Auratone 5C), with that of a simple low-fidelity ‘grotbox’, but the differences between them are well demonstrated by the way each responds to the vocals in the context of this (deliberately) heavily distorted mix. My mid-range speaker (an Avantone MixCube) delivers the mix very clearly, adding little in the way of distortion or resonance, so that I can much more clearly hear the relation between the vocal and backing levels. For example, where the lyric “mother’s house” at 0:35 suddenly pops out, or where the words “man and grab” find themselves relatively recessed shortly afterwards.

For all its balancing acumen, though, what a good mid-range speaker won’t tell you is how the vocal intelligibility fares when the production’s own distortion, flat-line mastering, and slightly unstable balance are compounded by the playback vagaries of many low-quality listening systems. In this context, my trusty little Goodman multimedia ‘grotboxes’ provide a much more useful perspective, blessed, as they are, with no-expense-spent 20W amplification, two-inch drivers, a hype-tastic Bass Boost function, and a fine collection of dents and cracks! Auditioning ‘Watchtower’ on these speakers from the safety of a neighbouring room demonstrates that their high distortion, uncontrolled resonances and poor left/right phase correllation collude with the off-axis HF loss and increased level of reflected sound to render much of what Devlin’s rapping about a mystery. And that’s before I even switch on the Hoover – something I try to do only in the interests of audio investigation! Perhaps this deterioration doesn’t concern Devlin’s production team, but it would me.

Something else to check out in this song is the opening vocal sound, which is a great example of an extreme Haas delay stereo-widening effect. What I mean by this is that the main dry vocal sound has been panned hard left, and then a duplicate of it panned hard right, but delayed by 594 samples (roughly 13ms). This creates a characteristic-sounding unnatural widening effect because of the way that it presents a kind of audio paradox to your hearing system.

Firstly, the time-of-arrival difference between the left-panned vocal and its right-panned duplicate is short enough that the ear will naturally try to interpret them as being direct and reflected sounds from the same source (something discovered by the scientist Helmut Haas and usually referred to as the Haas Effect or Precedence Effect). The implication, then, is that there’s only one singer. However, the time-difference between the two vocal sounds is also much larger than the 2ms or so that normally suggests that a sound is directly to one side of you, which implies that there can’t be just one sound source after all. It’s this contradiction which creates the rather nebulous and hard-to-pinpoint image.

While you’re listening, it’s also instructive to flip the monitoring into mono. Notice how the vocal suddenly takes on a strongly chorus-y timbre (on top of the effects that are present in the mix already), on account of the comb-filtering between the vocals in the two channels when they’re summed – not something that’s really apparent in mono. This side-effect of Haas delay effects is the reason I’m not a huge fan of them, simply because I don’t often want a strong chorusing effect these days. This is especially true with electric guitars: a lot of people recommend Haas delays to make them sound more impressive in stereo, but the trade-off will usually be that the mono mix ends up sounding like a fugitive from 80s hair-rock.

One more thing about Haas delays. You’ll usually find that, even if the left and right channels are the same level the resultant (vague) image seems to lean over to the side that arrives earliest. So if you want it to feel more central you actually have to fade the later sound up a little, which is what appears to have been done here: the right channel seems to be about a decibel higher in level.