We Are Never Ever Getting Back Together 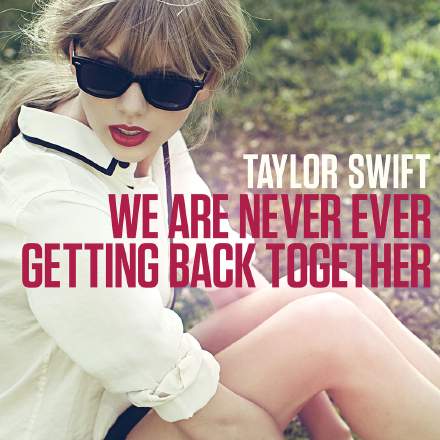 The highlight of this song’s production, for me, is its use of speech. While melody is vital for a pop song, the personality of the vocalist and the apparent sincerity of their lyrics are also huge factors, and the awkward reality is that both of these are usually better served by the more instinctive and unrestricted medium of natural speech. The simplest means of squaring this circle is for the vocalist to substitute the odd sung note for a spoken word, so it’s no surprise to find examples here, but they’re beautifully judged nonetheless. For instance, can you imagine any way of singing the spoken “what” at 0:16 that would have communicated the same degree of incredulity? The ambivalence of “trust me” (0:21) and “I love you” (0:27) would have been equally tricky to transmit outside speech.

Effective as these first-verse instances already are, they nonetheless remain locked into the melody’s rhythmic structure, which gives the second verse scope to up the ante: both “like… ever!” (1:03) and “that’s much cooler than mine” deliberately break with the rhythmic framework to heighten their effect — I’m not sure I’ve ever heard anyone sing italics, so speech was really the only option there. The pièce de résistance, however, is the ‘overheard phone call’ conceit of the middle section (2:14-2:24). Not only does this step outside the music’s melody and rhythm, it also transports you to a contrasting virtual space captured with an utterly different recording style/fidelity reminiscent of reality-TV reportage. Indeed, this would have been my favourite thing about this record, had not the video featured a grown man rocking a beaver costume in a packed club while nonchalantly strumming an autoharp.

Just noticed the little background laughter behind the “much cooler than mine” line at 1:17 – nice touch. Another very effective thing to notice is the way the three-sixteenth-based vocal hook of “never, ever, ever” is extended for an extra “ever” for its third iteration in each chorus. The “ever, ever” during the middle section at 2:07 is also another great re-use of that hook.