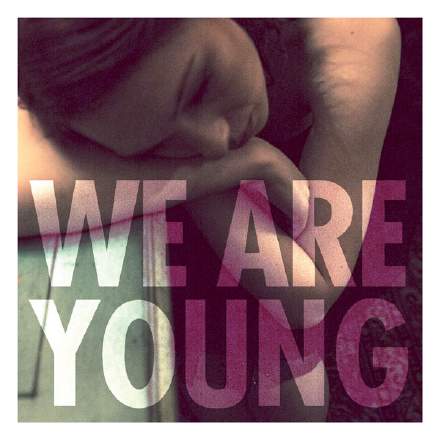 On the one hand, this song makes the hit recipe seem so straightforward: arrange your singalong hook on a bed of I-vi-IV-V, add a dash of drum loop and a sprinkle of piano eighth-notes, then bake under the media glare of a Glee cover and a Superbowl Chevvie ad until golden! On the other hand, there are so many left-field features that the whole production somehow manages to engage my attention for many more listens than I’d expect it to — so it’s a struggle to make this ‘painting by numbers’ accusation stick.

The headline in this respect has got to be the opening of the song, which manages to feel so disconnected from the remainder that it’s almost like two different songs have been spliced together. Irrespective of how well you think this works on a musical level, the sheer curiosity value of the abrupt transition constitutes a powerful hook, in my opinion. A crucial aspect of this is the tempo variation at 0:42 and again at 0:50 (the first chorus), but there’s more to this song’s tempo map than that. For example, on the last drumbeat of the first double chorus at 1:29, the tempo shifts up a gear to 96bpm, not only giving a barely perceptible lift to the pace of that section, but also enhancing the rallentando leading into the 92bpm double chorus at 1:52. Incidentally, this tempo contour is the opposite of what many bands do instinctively (namely speeding up the tempo into the chorus), but nonetheless seems very well-judged in this instance, as an enhancement of the ponderous ‘all together now!’ arena-rock vibe.

I also think it’s quite clever how Fun have embellished a pretty generic power-ballad chorus melody to give it more character, but without making its essential outline any more difficult for a crowd to bellow their way through. What I mean by this is that Joe Public can easily pick up and join in with the basic eighth-note F-C-A and F-C-D lines underlying the “tonight” and “we are young” lyrics, for instance, even though the lead vocal lines are significantly more ornamented and syncopated than that. Part of the trick to this, I think, is that the majority of the melodic curlicues are relegated to the ends of the phrases, where they function more as afterthoughts, rather than diluting the fundamental melodic progressions.

As a footnote to the whole tempo-map thing, it’s interesting to consider the downbeat of 1:32. Having measured the timing against the waveforms, I can tell you that, according to the tempo established by the previous section that downbeat arrives early in terms of physical time. However, to me it actually sounds late, and I think there are two factors to thank for this.

The first thing is that, as a rough rule of thumb, the more rhythmic events you have happening within a given stretch of time, the more the tempo will feel like it’s dragging or slowing down; and, similarly, the fewer rhythmic events you have, the more the tempo will feel like it’s skipping along or speeding up. So the sudden halt of the rhythm at 1:29 reduces the number of rhythmic events, and hence encourages the listener to speed up their mental pulse slightly. It’s for this reason that the first entry after a bar-long pause in truly metronomic music will usually tend to sound like it’s coming in a bit late, irrespective of the fact that, in terms of physical time, the downbeat is exactly where it should be.

But there’s a second thing that conspires to make that 1:32 downbeat feel a bit late to me: the vocal line. Not only does it hurry the timing of the little downward melodic flourish at the end of the word “sun” at 1:29, tempting you to follow its lead, but the second word of the “Now I…” pick-up into 1:32 also seems to be placed rather earlier than necessary even at the new higher tempo, again implying that the downbeat should arrive sooner than it actually does. At least, that’s the way I hear it…

Another couple of moments to savour, while I’m at it. Check out the subtle layer of epic-sounding brass during 1:32-1:52. Sounds like the unison horns/trombones Hollywood-style cliche, but no less stirring for that. I also love the drastic arrangement drop at 3:15 – when you’ve already made the chorus as big as it can be, the only way to go to make an impact is smaller.