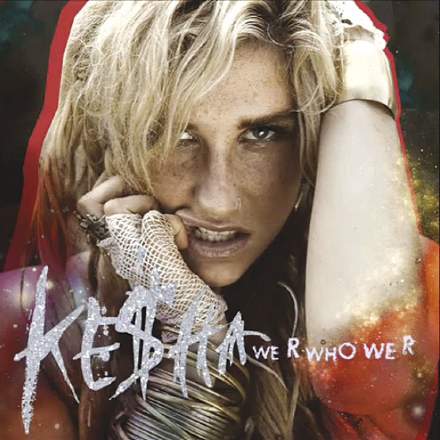 This mix has a lot of instructive little production tricks, such as the drop at the start of the second verse, which uses the kick to reinforce the 3/8-note synth riff momentarily, demanding renewed attention for the lead-vocal lyrics. But it’s the middle section (2:15-2:48) that I think is the real tour de force from an arrangement and mixing perspective, developing an uninterrupted sense of tension and rising power over a full 16 bars, yet without stealing the thunder of the final chorus entry. Build-ups are always tricky to pull off well (especially when your dynamic range is strapped into a pop straitjacket), and there are several factors I can hear that seem to contribute to the successful result here. Firstly, the texture drops right down to solo vocals at the outset, which leaves lots of room to fill out the arrangement later on; and the track also dries right out so that the introduction of the obvious reverb at 2:32 can create a more powerful illusion of increasing size. The producers have also been quite careful to avoid giving too much too soon, letting the vocal effects entertain the listener while the backing track’s filtering slowly opens up.

The change to a more watered-down kick-drum sound from the halfway point (2:32) is another critical factor, allowing the chorus kick to still make an impact when it arrives. Notice, as well, that the backing track at this point becomes rather understated in the very 4.3kHz region that the vocal sound uses so prominently to cut through the mix elsewhere (much as in Jessie B’s 'Price Tag'), which pretty much guarantees that Kesha’s re-entry comes across as ridiculously upfront and aggressive by comparison. The double machine-gun effects on the vocal and snare towards the end are the icing on the cake — why have one when you can have two?!

The final choruses hold a couple of other little details that merit investigation. Check out the subtle tape-stop-style transition effects at 2:56 and 3:04, which just give extra momentum into the downbeat on those occasions. If you phase-cancel the two final choruses against each other, you can also hear a lot more detail about what’s going on with the vocals, most notably what the lower harmony line is doing — and although this is mostly submerged under the drums and synths in the mix, it does make an important behind-the-scenes contribution to the overall vocal impression.

Just gave myself another blast of that verse-two drop, and it really is great! On the face of it, it seems absurdly simple, but inspecting it a bit more closely, the thing that really lifts it out of the ordinary for me is the little vinyl-drag and reverse-reverb transition effects that glue the hits together before the drums re-enter properly for “serious” at 1:16. It’s little touches like that which really help keep the momentum going in a production like this.

It’s also worth pointing out that although the snare hits for the first time in that verse to create an accent at 1:15, it’s taken back out again so that it can add another slight arrangement lift when it shows up again with “talking true” at 1:20. This is something I notice a lot in the kinds of productions Serban Ghenea mixes: although they can seem very simple on first listen, there are masses of subtle arrangement adjustments going on all the time.

Check out Katy Perry’s ‘Teenage Dream’ for another great example of this – if you’re anything like me, you probably remember that song as being very simple, but it’s extraordinarily detailed when you actually focus in on it, which is one of the reasons I think it bears repeated listening. If you’re not allergic to Katy Perry, that is.