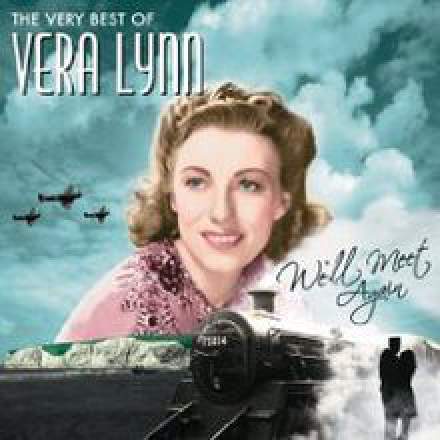 Vera Lynn died recently at the age of 103, and because most of us only ever saw her in her later life it’s easy to forget that she wasn’t long out of her teens when she first recorded her signature song back in 1939. It’s a rather solemn affair, to be honest, with austere accompaniment from Arthur Young on the Novacord (a pioneering tube-based polyphonic synth that also features prominently in Dimitri Tiomkin’s Oscar-winning film-song ‘The Ballad Of High Noon’), so it’s little surprise that its popularity has been eclipsed by her later 1953 big-band slow-dance/sing-along version, which headed up 2009’s UK chart-topping compilation album and is currently the Top Result on both Spotify and iTunes.

It’s worth seeking out the 1939 version, though, because it makes for a fascinating comparison. Beyond the obvious arrangement differences, the song’s structure had also been tightened up by 1953, ditching its opening verse (the lyrics of which must surely be a pub-quiz stalwart) and long instrumental to focus exclusively on the prechorus (“just say hello to the people you/I know”) and chorus. So even though the later version is about 20 seconds shorter, about two thirds of that duration is chorus, compared with only about half on the original record.

And 36-year-old Lynn’s performance knocks spots off what she delivered at 22. It just so much more relaxed and assured, giving a more convincing adaptation of the lyric’s natural speech stresses and rhythm, so that it comes across as more sincere and less stagey. (Compare 1939’s “but I know we’ll meet again one sunny day” at 0:40 with the same phrase in 1953 at 0:16, for instance.) I’m also struck by how much more consistent the vocal tone is in the later recording. Now, clearly, a lot happened technologically in those 14 intervening years, so that doubtless plays a role there, but I think we’re also just hearing a much more skilled and mature vocalist in action too. Listen to 1939’s second prechorus (from around 2:30), for instance, where “long” suddenly projects much more strongly than its precending words, while later on “singing” feels underpowered. This is a natural side-effect of the mechanics of producing different vowel sounds, and more accomplished singers tend to compensate for that – as you can clearly hear in 1953’s first prechorus (from 0:45), where the smaller syllables before “long” are more deliberately projected, as is “singing”.

It also feels like Lynn’s voice is giving out more character and harmonic complexity and less sheer level, which is another characteristic of more experienced singers. Again, technical factors likely played a role in that aspect of the improved sonics, but I’d argue that Lynn’s own mic technique probably played a role there too, given the low-frequency wind-blast noise on the aspirated onset of “when” (around 1:42) and the proximity-boost tonal disparities between the second and third interations of “but I know we’ll meet again” (roughly 1:45 and 3:07 respectively), both of which suggest lesser technical chops back in 1939.

If you are going to compare these two productions critically, though, do take your time to seek out respectable masters, because (as with a lot of vintage tracks) mastering engineers have found a depressingly wide range of ways to screw things up. For instance, I downloaded seven different versions of the song from iTunes, three 1939s and four 1953s. My favourite 1953 version came from 2009’s We’ll Meet Again: The Very Best Of Vera Lynn, but that one inexplicably leans the panning of the (mono) mix slightly to one side. The version on 100 Hits: Wartime Memories was central, but with a sudden weird loss of high-frequency extension on “till the blue” around 0:36 that suggests quality control wasn’t high on the list of priorities… The 200% Wartime compilation, in its wisdom, decides to smother all the sonic detail under a thick coating of additional reverb, and a pretty narrow-sounding one at that, which succeeds in making poor old Vera sound like she’s warbling at the other end of a Tube platform. But 101 Forties Wartime Memories truly takes the biscuit ration, not only adding reverb, but also smearing the frequency content across the stereo image with unmatched upper-spectrum EQ (specifically, boosting at 1kHz and cutting at 7kHz in the left channel, while cutting at 1kHz and boosting at 7kHz in the right channel) in a manner so cloth-eared it stretches credulity.

Of the three 1939 versions, the one from 20 Wartime Classics Hits From The Blitz was OK – although again not actually in mono, with the left channel mystifyingly having a decibel or so more high midrange. The one on 100 Wartime Classics had some increased distortion (check out “smile dear” in the first verse, or “skies” in the first chorus) and a weird glitch on “I’ll” at 0:22, as well as a (thankfully fairly restrained) sprinkling of added reverb. But The 40s Remembered really pushes the boat out, with nasty distortion, mismatched left and right channels, and a transfer that’s a good third of a semitone sharp.

Honestly, is it really so hard to transfer a single channel of audio, do a bit of noise-reduction, and then listen back to check nothing’s broken before signing off?!