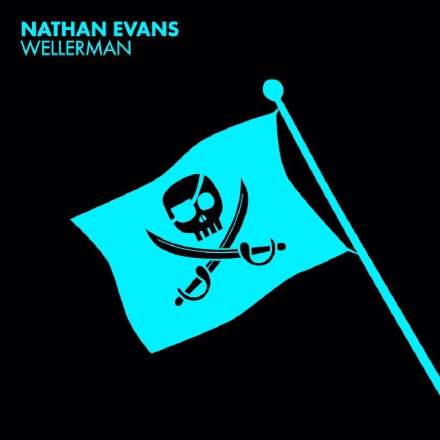 This singer’s stratospheric rise is easily the second most endearing musical phenomenon I’ve seen on TikTok in the past few months. (After the Ratatousical, of course. You’re welcome.) And on the back of an official single release and the crushingly inevitable plastic dance remix, the song has now managed to get within a salty old sea dog’s whisker of the UK chart top spot, so I imagine the (Lord help us…) ShantyTok craze will be around a while longer.

Leaving the EDM version well alone (I never thought anything could actually make me wistful for Sham Rock’s ‘Tell Me Ma’…), I find myself questioning a lot of the production decisions here. Let’s remind ourselves what started all this: a Scottish guy singing a folk tune with a certain amount of rough-and-ready charm. It wasn’t ‘produced’, it was unvarnished and authentic. And surely it was his raw energy, voice, and personality that inspired so many TikTok denizens to post their own duets? So why exactly did the producers choose to completely flatten his performance with Auto-Tune? It makes zero sense. And it’s not just overdone, it’s badly done, giving the voice a wholly inappropriate synthetic EDM timbre and sprinkling in tell-tale moments where the pitch-tracking throws a literal wobbly (check out “he” at 1:18 or “days” at 1:43). Yes, I understand that wayward tuning can become a bit grating if you listen to a song repeatedly, but that could have been dealt with so much better in this case.

And, of course, the general air of computerised contrivance goes well beyond just the lead vocal, with those Pentatonix-grade micro-edited BVs and the monotonously sampled guitar-thud percussion track. Not only was none of that actually necessary (you could have edited much more loosely here, and recorded the guitar hits live with a click), but I reckon it’s also actually reduced both the appeal of the song and the relatability and personality of the singer. And if I were Nathan Evans, I’d be especially concerned about the latter, assuming he has any further music-career plans. After all, if the production’s removed all the individuality from your breakthrough hit, then why would fans bother sticking with you specifically? Rather than, say, a younger, prettier, and equally robotised teen folkstress, perhaps with the cynical financial backing of some major label who’ve caught the unmistakeable whiff of a Zeitgeist-powered cash-in opportunity?

Be that as it may, the structure of the song itself is worth some scrutiny. It’s basically three rounds of Verse - Chorus - Verse - Chorus - Scat Chorus, and one might argue that some of its success in the charts is owing to this structural novelty, seeing as such stripped-back strophic verse-refrain forms are vanishingly rare in the modern charts these days. (I imagine most contemporary chart producers would have been unable to resist the urge for some kind of Mumford & Sons arrangement ramp-up jamboree!) What I also find interesting is the way the Verse’s A-B-A-C phrase structure kind of ‘rhymes’ with the Chorus’s D-E-D-C phrase pattern, both in terms of the ‘there and back again’ trajectory of the first three phrases, and in terms of the shared descending-scale close. It’s a nice little formula, and it has a lot to recommend it within more mainstream pop and rock formats in fact, given the obvious commercial appeal of repeating a melodic hook at the end of both your verse and your chorus.

One last niggle. Even though I quite like the no-nonsense chord voicings used for the main choruses, I don’t think the two “da-d-da” Scat Choruses (0:43 and 1:33) work nearly as well, largely on account of the bass and melody lines doubling the third of the first-inversion Ab chord (already a bit of a textbook no-no) and then both moving in parallel to the fifth of the second-inversion Eb chord that follows. Now I realise that folk musicians might cheerfully tell me to shove all that classical theory up my “Arrr-harrr!” (to stick with the nautical theme), but I’m not just wincing here in anticipation of some music teacher clipping me round the ear – that section really does sound a bit opaquely-textured and harmonically directionless compared with the song’s main verse and chorus. Perhaps that’s why the producers chose to replace it at the end of the song with a repetition of the main chorus, so as to avoid finishing things off weakly.