Where Are Ü Now 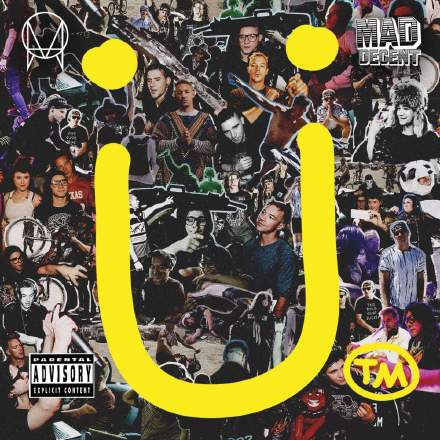 As you expect of Skrillex (who, together with Diplo, provides the brains behind Jack Ü), there are masses of creative effects on show here, right from the rate–increasing auto–pan applied to the opening reverse–envelope sound effects noise. The narrowed reverb on the G–G–A–B–A hook riff (first heard at 1:09) is particularly cool, not only because of the strange sense of distance it gives, but also because of its contrast with the width of the high percussion, the snare’s diffuse decay tail, and the lead vocal’s diffuse stereo effects. The growling robotic pitch–shifter layered onto the lead vocal at 0:44 is another highlight, setting itself in stark relief against Bieber’s syrupy (though beautifully recorded) falsetto delivery thus far. And, speaking of pitch–shifting, notice how the downwards octave shift in the first verse at 0:58–1:04 is answered in the second verse by an octave–up shift at 2:27–2:33.

The section transition when the main beat arrives is pretty effective too, the HF–rich transient of its first kick cutting the verse section’s long feedback delays and lush reverb dead, while the bass simultaneously drops the frequency floor with its powerful opening 40Hz tone. Some of this contrast vanishes on smaller playback devices, of course, but at least the underlying pitch is still represented in the 3/16th synth ostinato, so the music fundamentally remains intact.