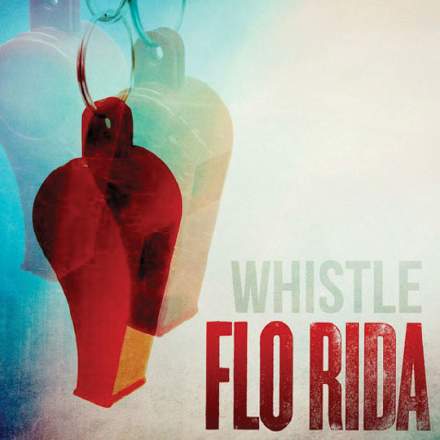 The bitcrusher-style distortion on this acoustic guitar at first seems a little heavy-handed, but once the mix gets going, it seems to recede, subjectively speaking, while still leaving the guitar part itself with a certain extra presence. I suspect there may also be distortion processing in action on the bass and whistle parts during the hook section (first heard at 0:28). My reasoning here is that the bass has masses of rich HF, which makes it extraordinarily small-speaker friendly, but without a particularly sharp-sounding resonance peak; while almost anyone who has ever tried to mix a whistle part will confirm that this mix’s edgy cut-though is extremely difficult to achieve without supplementing the sound’s naturally scanty upper-spectrum information.

The processing of the whistle part isn’t the only factor contributing to its audibility, of course. It’s also bloody loud! So loud, in fact, that it almost risks making the rest of the backing sound a bit small, for the sake of maximum hook transmission. Mitigating this, though, is that its first entry each time appears to be ‘goosed’ (ie. ridden up momentarily too high in the balance) to grab the attention, before returning to a slightly more conservative level for the rest of a given section. To hear this, import the track into your sequencer and set up locators so that you can compare instantaneously between 3:24 and 3:29, for instance.

It’s sometimes amazing how much you can get away with goosing individual track levels in the mix without apparently upsetting the balance. The trick is to return the level of the goosed track to a sensible position before the listener has a chance to get over the shock of the imbalance. (Incidentally, this may be hearsay, but I understand that many of the The Beatles productions used to goose the first vocal line, which is another little trick to bear in mind for anything destined for the charts.)

Another unusual feature of this production is the way the verse-section vocal double-tracks are all a fourth below the lead. This is rather a neat idea, I think, because it gives the part that necessary ‘gang vocals’ feel, yet simultaneously avoids homogenising too many of the expressive inflections out of Mr Rida’s flow — always a danger with the more commonplace unison double-tracks.