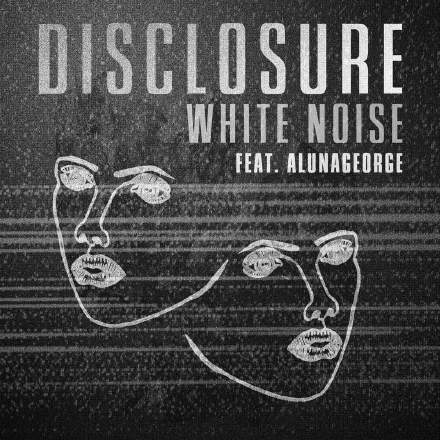 This track has one of the most extraordinarily effective kick sounds I’ve heard in a while. Not only is it short and tight, as you’d hope with a bouncy rhythmic production like this, but its low frequencies are absolutely on the beat, rather than lagging slightly behind as some samples do. The attack appears to be spread remarkably evenly across the frequency spectrum — with the result that it manages to sound pert and present, no matter how small a playback device it’s heard on. It remains authoritative and without a hint of ‘plastickiness’ on larger systems. Some feat! There’s also no excess of energy in the 450Hz range that’s giving the bass part its hint of growl, or in the 200-300Hz register where the warmth of the lead vocal fundamentals resides. A nice touch is the way the kick’s dulled for the pre-chorus drop sections (1:20 and 2:56), which really helps bring the vocals forward in the mix, as well giving the kick more subjective impact when it returns for the chorus. And, of course, the characteristic ‘one-drops’ scattered liberally across the arrangement (I counted at least eight) are good for keeping the listeners on their toes too — and just when they’re getting used to those, we’re treated to a ‘one-two-three-drop’ at 4:32.

But the programming and sound-design goodies don’t stop there. Notice, for instance, how the amplitude-envelope release time of the main bassline is increased through the track, adding expansiveness to the second iteration of Chorus 1 at 2:08-2:23 (in conjunction with the high pad that enters there). Then it’s increased even further to underscore the sustained pads and heavy delay/reverb effects that saturate the long hook-based lead-in to Chorus 2 (3:28-4:15), as well as providing fertile ground for a nice bit of filter-sweepage. Almost laughably simple, yet remarkably effective in practice. While we’re on the subject of bass, the little teaser entries during the “Lately I’ve been thinking…” sections (1:05 and 2:40) are another clever little ruse. Bringing in the bass in a production is great for giving any new song section a little lift, but normally if you do that before you reach the chorus you have to find something else to boost the chorus itself. By using just a snatch of the bass line, Disclosure effectively have their cake and eat it in this respect, because the chorus can still offer something substantially more.

The vocal mixing is quite inventive too, tickling the ear with new textures for each new section. Take the first part of the song, for instance: you start with a single crunchily telephonised lead at 0:48, panned off-centre with a touch of ‘corridor echo’, before switching eight bars later (1:04) to the smooth, upfront airiness of super-precise, wide-panned layers. A centre part then reappears amongst the layers, along with progressively more reverb and a touch of ‘wobbulous’ high-feedback slap delay, both of which cut dead going into the first chorus. At that point we get an extra low octave doubling, with a long half-note echo introducing a kind of call-and-response vibe for the second iteration at 2:08. Some producers of electronic music seem to spend inordinate lengths of time programming detailed variations and real-time modulation into their MIDI parts, and then overlook the idea of doing the same with acoustic tracks such as vocals. Although the vocal effects here aren’t as restless as in some pure pop productions, they’re still changing roughly every 20 seconds, and the production as a whole would be the poorer without them.