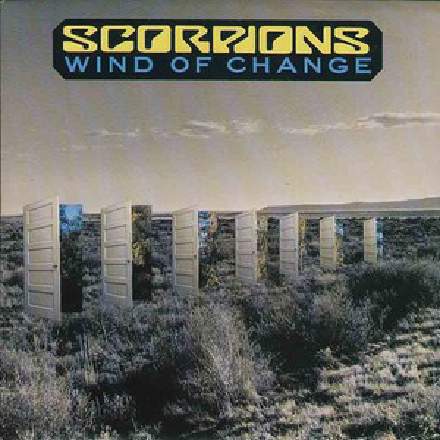 This torchsong of German reunification is so familiar that it’s easy to forget how odd-sounding it is in some respects. For example, the acoustic guitars are some of the thinnest-sounding you’ll hear on record, operating as little more than upper-spectrum percussion, plugging the gap in the texture left by the drum mix’s threshold-of-audibility hi-hat and ride levels. So unnatural is the balance of the drums cannonade relative to the ghostly cymbals, in fact, that I find it quite hard to believe they were actually recorded at the same time — it’s certainly not unknown for bands to overdub cymbals after the fact in order to allow maximum mixdown control over the snare and tom tone. You’re also treated to a fine example of the classic rock paradox of short, dry kick versus massively roomy snare/toms, and the relative level of the electric-guitar power chords during the choruses is pretty weird as well if you think about it. Compared with the up-front bass and lead vocals, they sound like they’re on the other side of the Berlin Wall!

The strangeness doesn’t end there: the musical structure is remarkable for a rock track, in that the only traditional four-bar phrases appear well over three minutes in, during the middle-eight and solo sections. What I really like about this is that all the sections before the first chorus (intro, verse two, intro reprise, and verse two) have been deliberately destabilised using half-bar extensions, ensuring that the six-bar chorus, together with its lead-in drum fill, manages to sound considerably more straight-ahead and directed, simply by sticking to complete four-beat bars.

The backing vocal arrangement’s build-up throughout the song is nicely paced. Listen to how the phrase “like brothers” is picked out in verses two and three to give them a subtle lift, but where you might reasonably expect a similar harmony on “of change” later on it fails to materialise, leaving a kind of implied vacuum that’s only filled with the arrival of the chorus’s ever-present upper harmony. And although the backing vocals in later choruses trade heavily on that old standard the call and response, the first chorus only picks out the line “dream their way” in this manner, leaving the wailed “take me”, “glory night” and “wind of change” lines to pep up chorus two — but with a completely different sound, namely a single singer panned considerably to the left, as opposed to the other line’s wide and diffuse layered texture.

Finally, I have to doff my cap (a leather one, natch, given the video…) to lead singer Klaus Meine. I certainly couldn’t whistle that high!