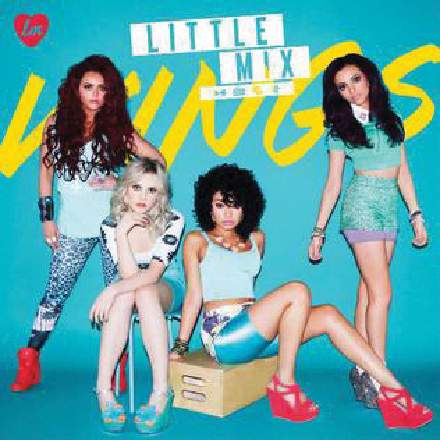 I’m sure I’m not the only music enthusiast for whom despising Simon Cowell has become something of a hobby. Despite my ingrained antipathy, however, I can’t help warming to this production of the former X-Factor winners. The handclaps are cracking, getting good mileage out of thwarting my rhythmic expectations, as well as avoiding most of the usual backbeat clichés — at least, until the choruses really get going. In a wider sense, variations in the kick/snare arrangement are handled very adeptly too, including the four-to-the-floor skeleton of the first verse (0:03-0:17), the softer-edged, kick-only pre-chorus (0:36-0:43), and the bass-synth drops at “running off your mouth” (0:26) and “ready, steady, go” (1:29).

The killer moment for me, though, is the substitution of a major chord under “fly” at 1:01, an inspired bit of harmonic word-painting that gives the chorus an enormous lift at the halfway mark, precisely the point where many pop double-choruses begin to lose momentum. But it’s not just the harmony that’s responsible for the endorphins there, because there’s support from many other aspects of the arrangement. In the run-up you not only get a selection of swizzly/turntably transition effects but also a brief return to a four-to-the-floor kick pattern, which operates almost like a count-in. Then when the chord actually lands, the backing vocals move to more sustained, melismatic lines, expanding the pitch register upwards and widening the stereo field into the bargain.

I’ve been getting a bit sick of panning delay spins on vocals, which seem to have been making a bit of a resurgence in the last six months, so I was pleased to hear the little ping-pong variation at 1:20-1:22, leading into the second verse: a kind of reverse delay, with eighth-note delay taps of the first word slowly ramping up in level before the vocal entry proper. Normal delay plug-ins won’t do this kind of thing, of course, because echo taps usually follow the source sound, so I imagine the producers implemented this effect by copying the first eighth-note of the line multiple times to a separate DAW track and then automating the panning. (Pasting the snippets in an alternating pattern to a pair of hard-panned tracks would have been another option.) In this specific scenario, it’s fortuitous that the word in question actually starts with pitch slide from ‘A’ to ‘B’, so the opening snippet used for the delay effect actually implies a return to the chorus’s cadential ‘D’ chord, which provides slightly better harmonic momentum into the start of the verse than a simple continuation of the tonic ‘E’ would have.

Interesting to hear a drop chorus being used for an outro – it’s much more common as a first final-chorus entry, but the quality of the chorus here is such that they probably didn’t feel the need to prop it up with arrangement high jinx. The song also has one of the best pop intros I’ve heard in ages, which feeds you a couple of red herrings before you get to the first verse proper. Is it a soul record? Is it a sample-mashing big-beat choon? No – it’s a stylistic jackdaw of a girl-group production!