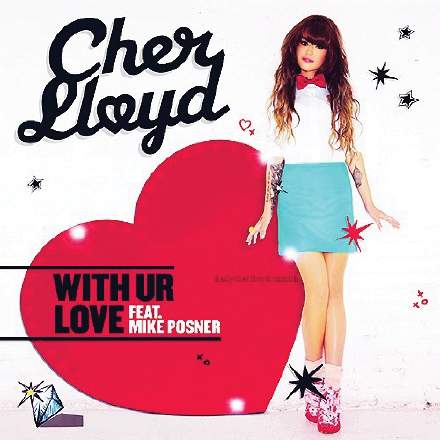 Last month, I pointed out how the whistled line in Maroon 5’s recent smash 'Moves Like Jagger' reinforces one of the song’s main vocal hooks. By way of contrast, the opening of this Cher Lloyd song demonstrates how an instrumental riff can be spotlighted by a lead-vocal doubling. Like it or not, the singer commands the lion’s share of most listeners' attention in chart music, so this simple technique is a very effective way of drawing people into the details of the backing track — whether you choose to use scat lyrics (as in this case) or something more meaningful.

This is far from the only nice touch in this production. The kick-drum programming is definitely worth close scrutiny, for instance, because of the way it manipulates a number of musical variables to refine the groove. Mike Posner’s vocal verse at 2:27-2:46 provides the most stripped-down environment in which to appreciate this, and the first thing to notice is that (of the 11 kick hits in the basic two-bar pattern) hits one, five, six, eight, and 10 all feature both a lower pitch and a much longer subjective duration. To some extent, these two attributes (pitch and length) often go hand in hand, but here the effect has clearly been accentuated by layering in another sound or some heavily-processed parallel channel. There’s some velocity shaping going on too, with hit 11 in particular feeling quite a bit lighter. I’m pretty sure that hits two, four, seven, and nine also have a somewhat mellower tone, perhaps by dint of modulated filter settings or a different choice of kick sample. If you’re unconvinced of the value of such finer points of rhythm programming, try creating this pattern for yourself without them — I reckon that’ll quickly provide ample evidence of their merits.

The highlight of this production for me, though, comes at 0:34, where Cher Lloyd shifts from the percussive vocal presentation of the verse to the soaring pre-chorus line. At this point the mixing supports the vocal beautifully, subtly dusting it with an ethereal quarter-note delay, the return of which sounds like it’s feeding wide stereo reverb and chorus patches. However, it’s not just the vocal effect that’s responsible for the gentle ‘blooming’ sensation here, because halfway through the first bar, an understated, one-note, rhythmic synth pattern emerges from the shadow of the vocal’s opening B, and it becomes clear that this has actually been warming/widening the texture on a subliminal level since the start of the section — as you can hear more clearly if you solo the Sides component of the stereo mix. I’m pretty sure there’s a ‘black ops’ synth pad arriving there too, although it’s difficult to be certain — I suspect it’s there because of the fullness of the texture rather than because I can pick out such a part distinctly. Or, as Darth Vader might say: “I feel its presence.”

One more thing: this particular track happens to be well-suited to disguising the audible artefacts of clipping distortion, whether by luck or by design, on account of the distorted layer that is used to add length and sustain to the main kick-drum hits. Whereas the ear is quite sensitive to the onset of new distortion elements, in my experience it reacts a lot less strongly to an increase or alteration in distortion components that are already in the track, which is why you generally seem to be able to get away with clipping as a loudness-enhancement technique more readily on high-energy rock/dance/electronica (and their respective pop crossovers) than you can when working with musical styles based around cleaner and more natural-sounding acoustic timbres.