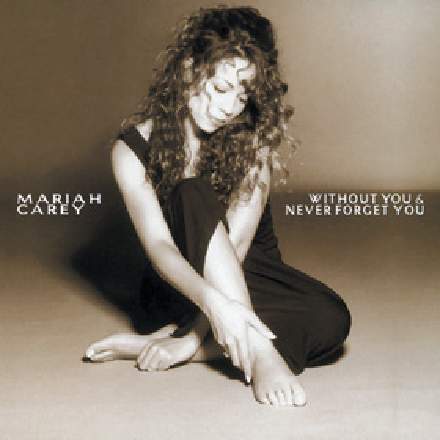 Mariah Carey has copped a lot of flak for spawning legions of X-Factor wannabes who suffocate unsuspecting songs under their fulsome vocal filigree. But listening to her in action here, it’s not only her astonishing vocal technique that impresses me, but also her comparative economy and pacing. The big problem with the imitators, for me, is that they slather on the melismatic warblings indiscriminately, rather than taking this song’s more mature approach. Notice, for example, how much of the melodic ornamentation comprises simple neighbour-note inflections of the type you can hear in the first verse on “story goes” (1:18) and during the long high-register “give” at 1:34. By virtue of this, the song’s basic lead line remains very easily understood. She also saves her most extravagant flourishes for moments where the main melodic interest has already waned, using them to sustain the attention of the listener through to the next line, obviating the need for other arrangement fills. The endings of both of the initial verses (“shows” at 0:32 and “know” at 1:03) showcase this beautifully, not least because of the way she gives the final melody note plenty of time to settle unembellished before embarking on the histrionics.

Sure, there are moments where she deviates substantially from the underlying melody, but again it’s so well paced. The first significant alteration only arises in the middle of verse two (“go” at 0:51), and it’s only when we hit verse three, more than halfway into the song, that she starts gradually tweaking more notes out of line, culminating in the gold-plated diva moment of “yes, it shows” at 2:06 — exactly the kind of fireworks, in fact, that lesser mortals sprinkle all over their songs willy-nilly. I also think the fact that she keeps “live” in the first two choruses (1:11 and 1:27) completely unadorned serves as a great point of contrast, and makes the slow downward swoop at the note’s tail so much more dramatic.

Another thing I find very interesting is the way all the verses have such extraordinarily long phrases. I’d hazard a guess that most people would expect any singer to put a breath somewhere during “Well I can’t forget this evening, or your face as you were leaving, but I guess that’s just the way the story goes” — but, remarkably, Carey doesn’t take one! Whether it was performed that way, or is a trick of the comping, I think it very effective in maintaining the musical momentum of such a downtempo production, given how much focus is given to the lead vocal. It’s testament to the quality of Carey’s performance in general that the backing can afford to be so simple — and also a credit to the producers that they didn’t detract from the power of the vocal by gilding the lily in arrangement terms.

Of course, this mix also has that archetypal HF-enhanced reverb that’s considered so much of an ’80s/’90s cliché. Listening to the stereo Sides signal, I’d guess there’s at least 8dB more energy above 4kHz than you’d get in any natural reverb. This brightness makes the reverb a whole lot more audible as an obvious ‘studio addition’, but it also inevitably causes sibilants to hiss about all over the place. While both qualities were clearly considered appealing and ‘expensive sounding’ at the time, that effect has dated rather badly and is seldom heard in most modern commercial styles. However, many reverb plug-ins still contain patches inspired by songs like ‘Without You’, and student engineers frequently get into difficulties by inadvertently dialling them up because the patch name looks promising, not realising quite how much EQ cut and de-essing is required to bring them up to date.