by The Kid Laroi 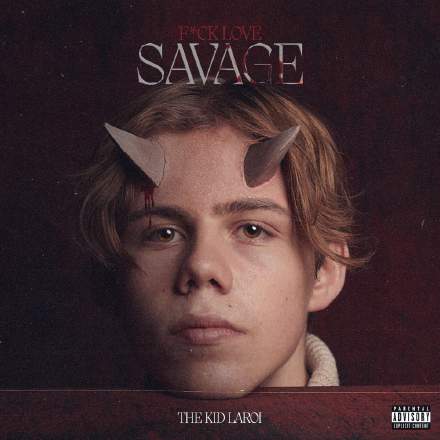 Frankly, it beggars belief that a song for which Wikipedia lists four writers and eight engineering staff could have ended up so threadbare. We already didn’t need another teenager earnestly thrashing vi-IV-I-V into the ground with My First Strumming Pattern, and the pedestrian melody and clunky word-stress patterns (eg. “what my life could poss-i-bly be”) make it no easier to swallow. The persistently self-centred lyrical whining is pretty wearing too, especially when it leans so heavily on the cheap crutch of swearing in the absense of any real expressive range. (Ooh, naughty words! How powerful!) It’s like second-rate amateur actors who can summon nothing more than shouting to signal emotional intensity. And the wordless vocal riff at 1:24 adds insult to injury by seeking to imply that anything about this backing texture bears further repetition in its own right. It honestly just feels like they looked at the timeline and tried to find the laziest possible way to break the two-minute mark…

It’s little better on the technical side of things, either. Why should we as listeners care about this song when the producers didn’t care enough to record a whole guitar part, apparently content instead just to drag loops around to fill the gaps? The vocal editing and tuning’s pretty ham-fisted too, the latter especially during the drop-down at 1:45, where you’d least want it to be.

Maybe there’s a redeeming feature about this production that I’m missing, but life’s too short to bother finding it. I’ve not hated a production this much for a very long time, and whether or not the apparent assistant-engineering credit for Ben Dover is a prank, as far as I’m concerned it might as well be the artist’s instruction to any punter willing to pay money for such brass-necked, no-expense-spent banality.

Too harsh? Perhaps. But at least I didn’t swear.