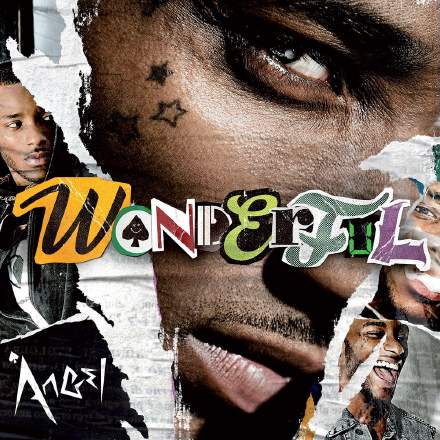 Up-front pop/R&B vocal sounds have always required a stiff dose of top-octave ‘air’ frequencies, so if you want your lead singer all but leaping down the listener’s throat, enhance their 10-20kHz spectral zone. At least, that’s the theory! In practice, you need to tread with care, as this Angel production demonstrates.

High frequencies sound appealing on almost anything (not just vocals), so it’s very easy to turn the high end of your mix into a bit of a battle-zone, making the overall listening experience rather grating, especially at higher volumes. In this instance, I think the distorted guitar/synth pads (first heard at 0:24), snare, percussion, and cymbals have all been pushed harder than necessary in the upper part of the spectrum — and the vocal’s ‘air’ band has been overcooked, presumably to maintain its relative superiority. To best appreciate this, try looping the opening “everywhere we” solo vocal snippet, or the exposed “so wonderful” at 0:34.

A huge pitfall when boosting vocal highs is that you can painfully emphasise sibilance, but this has been handled excellently here. The ‘s’ sounds are rich and full, but without any of the harsh 6-10kHz whistles that often blight home-brew mixes. One reason for this is that the vocal’s top-octave fizz appears to rely quite heavily on a strong, narrow 12kHz peak. While this means that any 12kHz showdown in the mix will always be won by the vocal, narrow high-frequency peaks are much more fatiguing on the ear than broader-band boosts. In fact, I find listening to this mix pretty uncomfortable without sticking at least 4dB of EQ notch in line!

In addition to the HF issues, I’m also unconvinced about this mix’s low-end translation, in that the main bass line focuses a bit too heavily on the sub-100Hz zone for me. The guitar/synth riff at 0:24 suffers pretty badly in mono too, losing a lot of both fizz and warmth.

I do like the use of stutter edits, though, during the choruses (eg. at 1:17 and 2:20), especially the way they create a kind of rhythmic interplay with the skittering hi-hat part – the latter a rare example of hi-hat ‘rolls’ in a sample-based arrangement.