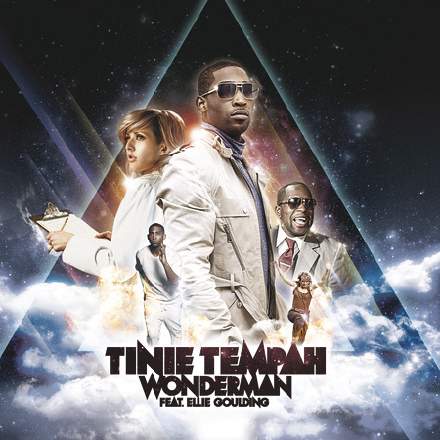 This is another track that has some fantastic arrangement devices. The drop at the start of the second chorus is inspired, for example: it not only serves the technical purpose of reducing the overall energy level (so that it can be built up again later) and re-focusing the listener on the vocals, but it also pulls off a great bit of word-painting as the filter opens for the words “imagine when it changes”. I also love the transition at 2:45, where the middle section leads into the guitar solo: an imaginative combination of extreme vocal pitch-glides, snare machine-gunning, reverse-envelope, wind-like sound effects, short guitar chugs, a cool little ‘wooo!’ vocal fill, and some general fader rides.

It’s not all rosy, though, especially as regards the bass sound. For a start, this is all low end, with no low mid-range to speak of, so it mostly disappears on small speakers, only emerging rather disconcertingly when it rises up the octave during the second half of the first bar in each four-bar pattern. My guess is that this track was mixed mostly on full-range speakers, and probably at fairly high volume, because it makes the most sense when heard that way. However, if the producers were looking for more widespread translation of this sound to the typical-end user, they’d have been well advised to give the bass a bit more energy above its fundamental frequency. Assuming for the moment that small systems weren’t really on the radar for this production, the level and phase mismatches between the left and right stereo channels at the low end still create an unwelcome element of bass inconsistency, as I discussed in connection with Chase & Status’s 'Blind Faith' last month.

I’d have preferred the guitar solo to be further forward in the mix at 2:50 too, as it feels like a bit of a let-down when it arrives, especially in mono. It might not be simply a question of level, though, as the sound has a soft-edged tone and a wide stereo image, both of which factors will be contributing to its lack of ‘cut-through’.

One of the other things I love about this mix is the imagination of the synth programming in general. In the first instance, it’s impressive the way the main synth riff actually forms a kind of counter-melody in its own right, creating an eight-bar arc with its phrasing. One of the difficulties in heavily programmed music is in trying to generate a sense of forward momentum, a feeling at any given moment of the music that you’re on a path towards some longer-term goal, and things like this can be very effective tools in this regard. It would have been so easy to simply repeat the synth part every four bars here, for example, but Labrinth has chosen not to, which transforms a four-bar phrase into an eight-bar phrase (albeit with a healthy degree of internal repetition, not least in the harmonies).

The mellow arpeggiator-style effects in the the intro (0:04-0:15) and at the start of the second verse (1:26-1:36) are another highlight, as are the harsher Space Invader upward arpeggios, such as the one at 0:44. Keep your ear out for the effective little single-note fill into the first chorus at 1:03-1:05, too, which is surprisingly effective. And, of course, there’s also the prominent vowelised synth riff at the end of the chorus (first heard at 1:21-1:25), which is just inspired, in a slightly bonkers kind of way – a powerful extra hook for the song conjured pretty much out of nowhere.