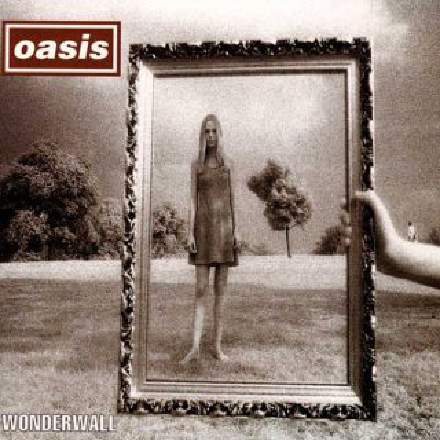 Despite Robson & Jerome denying it the UK top spot, this song went on to become Oasis’s best-selling single in the UK, and it’s not hard to find reasons. Liam’s instantly recognisable vocal tone, of course, must rank high on the list, balancing super-focused midrange, cutting nasality, and (on higher-register lines such as “I don’t believe that anybody” at 0:33) a hint of tastefully grainy break-up.

However, I really rate the drums here too. The choice of brushes is a great production move, as this instinctively feels like it better matches the arrangement’s prominent acoustic guitar and solo cello. Delaying the drummer’s second-verse entry by three beats is also inspired, not only because it’s so unexpected, but because it prevents the drums obscuring the cello’s first entry and also adds stress to Liam’s vocal rhythms on “street that the” — wisely resisting the temptation to plant a snare under the word “backbeat”, which I don’t think would have been nearly as attention-grabbing. And that fill after the first chorus is also a classic!

The harmonies are impressive as well, because of the way Noel manages to puzzle out a satisfying progression using five different chords ( A, B7sus4, D9, Esus4, and F#m7) which all share two notes ( A and E). This means that those notes can be sustained as upper pedal tones pretty much throughout — no wonder U2’s guitarist Edge has apparently said he wishes he’d written ‘Wonderwall’, because those pedal tones would have been ideally suited to his trademark long-tail echo effects.

What mystifies me a little with this song, though, are the disparities between the original album and the version on the band’s Stop The Clocks (2006) and Time Flies (2010) greatest hits collections. Now I can understand why the drum fill after the first chorus appears to have been drastically EQ’d, because the kit was clearly mixed to leave plenty of room for the harmonic and melodic parts, which means it does sound rather thin in isolation at that moment. But why has the entire mix apparently been polarity-inverted for the compilation? I accept that some people feel this makes a sonic difference, but if the improvement were so cut and dried, then it’s curious that the very same mastering engineer didn’t repeat the polarity-inversion move for his 2014 album remaster.

Then there’s the fact that the left and right channels appear to have been swapped for the compilation. Compare the positioning of the clean guitar counterpoint under “all the lights that lead us there are blinding” (1:11), for instance, or the electric guitar’s sustain at the end of chorus one. But what’s weirder is that this doesn’t remain consistent, since the verse sections don’t seem to have been channel-swapped — the opening acoustic guitar is noticeably brighter and pickier on the left side in both cases, for instance. What could possibly have been gained by doing this? It makes no sense to me at all. Yet if it’s a simple goof, then isn’t it actually the kind of thing you’d expect a top-flight mastering house to be quality-controlling for, especially with their highest-profile artists?