Writing's On The Wall 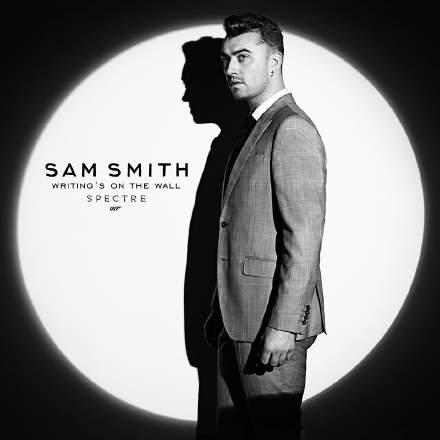 I’ll admit that this latest Bond theme doesn’t quite float my boat, because even the opulent arrangement and undeniably gorgeous cinematic sonics don’t quite seem to compensate for the rather weak parallel-octaves motion between the bass and lead vocal at the onset of each chorus. This is a clear no-no in traditional harmony primers, and while every well-known composer flouts such textbook prohibitions from time to time, they’re nevertheless there for a reason: parallel octaves provide none of the chord-to-chord tension and release that typifies classical-style harmonic momentum. Were this pure pop, it wouldn’t matter much, but within the Bond franchise’s old-school orchestral idiom I think it falls a bit flat.

That aside, the scoring is admirable. Just to cherry-pick, check out the high strings at the start of verse two (2:02-2:17), which exude an effortless class I only hear in project-studio productions about twice a decade, sad to say. The lead line is supported beautifully: the violins back off so the start of each vocal line can pop through; there’s a swell as the vocal intensity rises through each phrase, and then you get thematically linked and/or just stylish fills to hold the listener’s attention whenever Sam takes a breath. But the arranger is also capitalising on the unique expressive capabilities of these instruments. Not only does slurred bowing give the fills their soaring legato, but the fourth-beat bow-change at 2:09 stresses both the Bb note’s aching dissonance and the characteristically lugubrious finger-slide up to the downbeat C. One word of warning, though: if you try to emulate the fast runs of the second fill (2:15) with any amateur ensemble, they’ll almost certain sound scrappy — it’s fiendishly difficult to play (and indeed capture) those kinds of high flurries appealingly, because the metal-only construction of the violin’s top E string (the other strings have a non-metallic core) gives it a much more piercing timbre, especially on cheaper instruments.

Although woodwinds are conspicuously absent, there are plenty of ‘arranger’s friend’ sweeteners, such as harps, timpani, cymbal mallet-rolls, and the sneaky bass synth lurking in the 40-80Hz depths. While plenty of classical instruments can put out those kinds of low frequencies, they’ll rarely give the kind of LF power you regularly hear in the charts. Furthermore, low frequencies take time to build up in acoustic instruments (and, indeed, their environment) so an orchestra’s low end will naturally lag a little behind the beat. The bass synth (or the electric bass in Adele’s 'Skyfall') simply helps clarify the harmonic rhythm for mainstream listeners.

Also like ‘Skyfall’, the CD single features an instrumental that neatly phase-cancels against the full mix to isolate the vocalist. Fairly heavy piano spill remains on the vocal mic, though, suggesting that a significant portion of the line was captured with the pianist playing in the same room — a technique Steve Fitzmaurice mentioned in this Sound On Sound magazine article about working on Smith’s debut album. Why mess with a winning formula?