You Don't Own Me 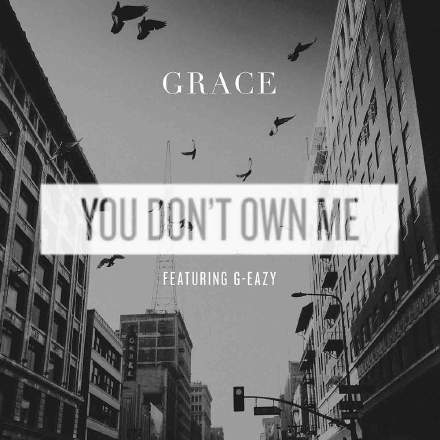 Two things really hit me about this production. Firstly, retriggering and gating of the main Spaghetti Western-style loop really help contribute to that lugubrious 12/8 verse groove. I particularly like the little 16th note before each bar’s second backbeat (most clearly audible during the second bar at 0:06), which adds that streetwise hip-hop limp that so many producers seem to strive for. The hard mutes also frequently highlight interesting moments in G-Eazy’s rap performance, such as on the little “no” call-and-response in the first verse (0:23) and the second verse’s incredulous falsetto “what?” “in the second (1:47). Such edits are made all the more jarring because of the heavy reverb within the sample itself — we’re so programmed to hear reverberation decaying naturally that it’s always a jolt when the tail is chopped off short.

The second thing that completely caught me by surprise was the sudden switch to ’90s power-ballad at 0:50. This is a cracking example of how important context can be in record production. Had the whole song sounded like this, it would have seemed laughably dated. On the other hand, once it’s spliced into the middle of a contemporary-sounding urban production, listeners can instead mentally file it under ‘cutting-edge genre mash-up’, thereby allowing a whole new generation, clear of conscience, to wallow in the same old cheese their parents did. Not that I’m complaining — I have a pretty high fondue threshold and that section boundary constitutes a stonking production hook. That said, even I blanched at the godawful ‘let’s all go up a semitone!’ key change at 2:25. Will that ragged equine corpse never be allowed to decompose in peace?