You Need To Calm Down 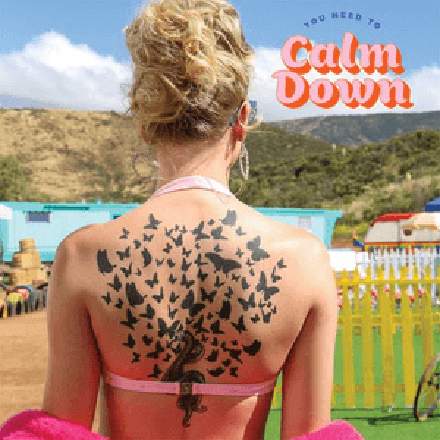 One of the most arresting moments in this arrangement is the sudden snare impact emphasising the word “bones” at 0:44. At first listen, this seems to coincide with a bass ‘F#’, but listen closely and you’ll notice that this bass note seems to fade in a moment after the beat. It’s possible that it might simply be a side-effect of a bus compressor pushing down the bass in response to the snare’s peak level, but I wonder whether it’s a deliberate programming move — in other words, by restricting the low-frequency information on the beat itself, the snare frequencies can presumably be faded up further within the available headroom. So what if the bass feels a little underpowered there for a moment? Everyone’s paying attention to the snare impact, and the low-frequency levels are back on track for the following beat.

A similar sleight of hand can be heard at 2:26, where the words “you need” are faded up almost to the point of absurdity leading into the final chorus re-entry. Again, it’s a really odd balance, but it’s so fleeting that by the time it’s properly grabbed your attention, the vocal is back at a less controversial level. If you’re mixing mainstream chart styles and aren’t doing this kind of stuff, then you’re missing a trick.