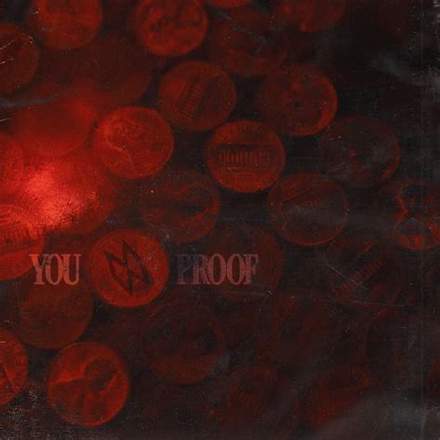 It’s perhaps something of an indictment of my UK-centric world-view that the first I heard of Morgan Wallen was reading in the 2021 MRC Data report that he’d had last year’s top-selling US album! And while the record that earned him that accolade (Dangerous: The Double Album) has lots of expertly crafted MOR country-pop/rock on it, I think this first single release since then sounds a lot more interesting, delivering classic country themes with Wallen’s down-home vocal and plenty of slide guitar, but combining that with a trap-tinged programmed beat, powerful subby bass line, and an almost Caribbean sycopated groove!

And as if the success of such improbable stylistic alchemy weren’t enough of an indication of serious production acumen, then there are a couple of other things I’d point to. Firstly, if you focus your attention on the acoustic guitar riff, you’ll hear that although it starts off with a clear and stringy-sounding upper spectrum, it suddenly dulls on the downbeat of the first verse at 0:08. So while it attracts the attention it deserves as the main riff during the introduction, it cedes that primacy to the vocal line and leaves more upper-spectrum headroom for the singer’s intimacy and lyrics to cut through. And because the slide guitars also mute abruptly at that point, the acoustic guitar’s tonal change somehow doesn’t draw that much attention to itself, so the part can effectively have its cake and eat it too by seeming to be both upfront (in the intro) and restrained (during the verse), but without it appearing to most listeners as if it’s changed at all! And then the more hi-fi guitar tone reappears for the middle section from 1:47, but again dulls (this time in tandem with the backbeat being muted) to suddenly clear the HF texture as a subtle emphasis for the second word of the title hook at 2:01 – a very cool subliminal effect.

The second thing that implies careful production craftsmanship is the way this song appears to have been mixed and mastered to hack the standard LUFS-based loudness-normalisation routines that most streaming services now implement as standard. This is something I’ve increasingly been noticing over recent years (see my critique of Rudimental’s 'These Days', for instance), but this particular song provides quite a clear demonstration of what I’m talking about. Have a look at the graph below, where the green curve shows an averaged spectral plot of the song’s chorus (its loudest section):

Now, the LUFS loudness-measurement scheme is designed to approximate the way we humans perceive loudness, and as part of this a simple ‘K-weighting’ EQ curve (which I’ve superimposed on my graph in red) is applied to the algorithm’s level-detector input. Now, bearing in mind that (on the whole) lower frequencies tend to incur more loudness penalty than higher frequencies, this K-weighting curve has several important ramifications:

So you can see how the spectrum of ‘You Proof’ has been designed to respond to each of these points, with the low end super-strong below 50Hz (generating a powerful sense of bass without serious loudness penalty) and frequency suck-outs in the loudness-expensive 80-160Hz and 3-6kHz octaves (which I’ve shaded red on my graph). You might also argue that the short, tight kick-drum and backbeat sounds (never lasting more than about 80ms) also pander to the loudness-normalisation engines. You see, the way those algorithms measure the loudness is by averaging an overlapping series of 400ms chunks, with a 75% overlap between neighbouring chunks. So the fewer chunks a loud sound appears in, the lower the loudness penalty. At worst, sub-80ms loudness peak might appear in five such overlapping measurement chunks each time they appear, whereas a longer 220ms loudness peak, say, might appear in seven.

So is it any wonder that so many tracks these days have a short kicks and backbeats, combined with sub-heavy bass lines that fly under the K-weighting radar? Times have clearly changed since the 90s, when sub was minimised and drum sustain maximised for best loudness under peak-normalised conditions. Perhaps in 30 years time we’ll all be reminiscing about the good old days when 120Hz was still a thing…